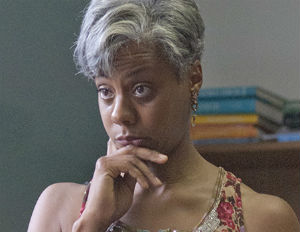 This post was written by Marilyn Rhames and originally appeared at EducationPost.org. It is reprinted here with permission. For more about the author, scroll down to the end of the post.

Chicago’s WBEZ radio recently ran a story titled,Â Why Are There Fewer Black Teachers in CPS? I’ve taught in Chicago Public Schools for the past 11 years, and in the past five, I’ve found myself increasingly asking that same question.

I have three suspicions about the CPS “blackout.â€

Suspicion #1: Black teachers are being pushed out.

The Chicago Teachers Union tried to highlight this phenomenon in 2011, when aÂ disproportionate number of African-American teachers received pink slips in a district-wide layoff–they represented 30% of district teachers, but 43% of the CPS teachers laid off.

WhenÂ my black principal fired me after giving me an unjust teacher evaluation in 2008, I knew race had played a role. In the two years I had worked at the school, only black teachers were fired or disciplined. Meanwhile, I watched performance problems with my young, white colleagues go unaddressed as they struggled to control their classrooms.

My third-grade class was orderly and engaged, but I also wasn’t shy about voicing concerns about school policy and holding administrators accountable. My white colleagues privately shared the same concerns with me, but they remained silent in staff meetings, too afraid to speak up.

When I got fired I was ready to quit teaching forever, until I met an inspiring charter school principal who gave me the professional respect I deserved.

Suspicion #2: It’s harder for black teachers to get hired.

Back in 2011, when I was halfway through my Teach Plus Teaching Policy Fellowship, I distinctly remember a teacher in my cohort saying that her African American principal had implemented a “black hiring freeze.â€ Her principal had told her she wanted more young, white teachers because they were more passive.

It reminded me what I had gone through in 2008, but the “black hiring freezeâ€ comment also made me think of my bright and talented African American teacher friends who struggled to get hired.

One time a white principal candidly told me how desperately she wanted to hire a qualified black teacher. She even went to a job fair at Chicago State University, which has a teaching program comprising predominantly black students. She did end up hiring a teacher from the fair, but he was white.