Why Education is the Pathway Out of Prison 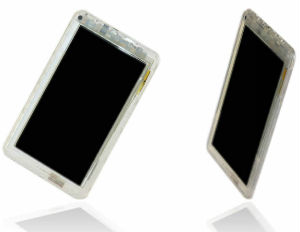 He is a successful entrepreneur.

He is an educator. He’s in the tech space. But the catalyst driving the work of Turner Nashe Jr., Ph.D., is a fundamental understanding that education keeps people out of prison.

The statistics are stark:

Although Nashe has never been imprisoned, he understands the effect education has on reducing recidivism.

Nashe,Â founder and president of IDS, isÂ a successful businessman who grewÂ up in a community devastated by the crack cocaine epidemic of the ’70s, went back to school to basically answer the questions of why his community had suffered in that way, why his neighbors had few employment options, and why some of his friends chose drug dealing over education.

In 2009, Nashe startedÂ IDSÂ andÂ developed the company’s proprietary digitally secure e-reader and content delivery system through which incarcerated men and women can take courses that lead to degrees. In 2014, IDS was awarded a contract in 37 of California’s prisons, allowing them to deliver educational options to the populations there.

The company was recently awarded the Outstanding IT Project Team Award in the state of California for its educational solutions in the state’s prison market.

“We have about 12,000 active users in our system,â€ says Nashe. “Our goal is to educate, enrich, and enhance the lives of our clients.â€

For more information about IDS, go to its website.