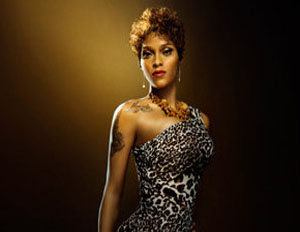 If you’d like to make a reality show about prominent housewives, I’d suggest doing a retrospective on the wife of Alonzo Herndon- a former slave turned businessman who went on to found the Atlanta Life Insurance Company, became the city’s largest black property owner by 1900, and made history as Atlanta’s first black millionaire.Â  His first wife’s name was Adrienne Herndon and she was a teacher at Atlanta University.Â  I’m no screen writer, but it seems to me that being the wife of a “new negroâ€ in a post slavery south would be wrought with drama and ratings drivers.

Looking for something more current? Sure. How about doing a docu-series on the Russell wives? We could call it “Love and Hard Hats.â€ Herman J. Russell successfully built one of the nation’s most profitable minority-owned business empires whose construction and real estate projects include the famed Hartsfield-Jackson International Airport, the Georgia Dome, Phillips Arena, and Turner Field. Lovette Twyman Russell, wife of the company’s current CEO, Michael Russell, isÂ  stylish, sassy, and savvy. I’ve never met her, but I’d bet she’s brimming with reality-worthy one-liners and sound bites.

If music shows are more your speed, I’d think that the hometown of LaFace Records, the 1989 music start-up that led Atlanta to be dubbed the “New Motownâ€ and gave the world such iconic acts as Outkast, Toni Braxton, Usher, TLC, Goodie Mob, and Pink would be overrun with stories about making it in hip hop without cringe worthy commentary about feminine hygiene product usage and an entire cast of beautiful, distressed women fighting to stay in relationships with disinterested men.

I’m not going to digress into a history lesson on the great African-Americans that call Atlanta home–although I could easily do so since we boast such historically significant and societal shifting institutions as the nation’s largest consortium of African-Americans in higher education- the Atlanta University Center, Ebenezer Baptist Church, the Southern Christian Leadership Conference, the Apex Museum, Atlanta Daily World- the oldest African-American daily newspaper still in circulation, and the Sweet Auburn Historic District- the incubator for early black entrepreneurship and the southern hotspot for the likes of Cab Calloway and Duke Ellington.

My point is only that the city that has had an uninterrupted succession of black mayors since 1974, beginning with the first black mayor of a major southern city, Maynard Jackson, to present mayor Kasim Reed, and the city that birthed Dr. Martin Luther King, Jr. and gave rise to the likes of W.E.B. DuBois, Booker T. Washington, baseball great Hank Aaron and modern day mogul Tyler Perry doesn’t have to settle for being the butt of any reality franchise’s humiliating and reputation-damaging joke.

Our REALITY is progressive, proud, prestigious, and prominent. No, it is not squeaky clean, but it is not an eye sore in the American tapestry either. We as Atlantans, black Atlantans, the Real Black People of Atlanta, whether we currently reside there or benefitted from its nurturing for only finite periods of our lives, should no longer sit by and allow our city’s rich legacy–our race’s rich legacy–to be marred in the name of discount entertainment.

The Website of the National Registry says it best: “the story of the largest southern city can be told through the experiences of its largest ethnic minority.â€ What do the stories in these new crop of so-called reality shows tell our children, our nation, the world about us?

That Georgia peach that appears at the end of these shows is rotten. It is time that we come together to throw it out. Exactly how we go about that task remains unclear but if there is anything that our legacy teaches us it is that we truly can accomplish anything.

Kelly Smith Beaty is a proud Atlantan, currently working and residing in New York but a regular in Hartsfield-Jackson International Airport. Kelly loves Spelman College, Coca-Cola, Delta Airlines, and Home Depot, in addition to metro-Atlanta as a whole. A contestant on season 10 of “The Apprenticeâ€ and a former reality TV junkie, Kelly is becoming increasingly frustrated by the negative images of people, women and minorities in particular, perpetuated in reality TV.