Why the U.S. Has a Student Loan Crisis and Sweden Doesnâ€™t 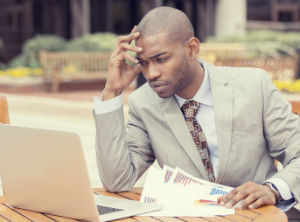 On Sunday, I read “America Can Fix Its Student Loan Crisis. Just Ask Australiaâ€ in the New York Times. I’ve written about income driven repayment plans here and here,Â and heartily endorse them. The Obama Administration has done a lot to ease the burden of student loan debt, so do take advantage of these plans–they’re woefully underutilized.

Still, it’s interesting to compare the American student loan repayment process with that of other countries. Let’s cut to the chase: it’s better in Sweden.

Actually, it’s better in Germany, England, and Australia too, as you probably guessed from the article’s title. What makes repayment better in those countries?

The whole article is worth reading. We get you started with an excerpt here:

Is the Problem Borrowing or Repaying?

AmericansÂ owe $1.3 trillionÂ inÂ student loans. More than 7 million borrowers are in default, and millions more are behind on their payments.

Borrowing for college is common across the globe. Even in Sweden, where tuition is free, most students borrow. What’s exceptional about the United States is that so many borrowers are behind on their loans.

So what do other countries do that makes their systems work better than ours?

Sweden is often put forth as a softer alternative to the United States. After all, tuition is precisely zero in this Scandinavian welfare state. But according to Christina Forsberg, Director of Sweden’s student aid system, 70% of Swedish students borrow for college. In the United States, a comparable 70% of holders of bachelor’s degrees borrowedÂ to fund their undergraduate studies. (Borrowing isÂ lowerÂ among the half of American college students who do not earn a degree.)

Even though their tuition is zero, Swedish students borrow to pay living expenses. In Sweden, college students are considered independent adults, with no societal expectation that their parents will support them financially. The overwhelming majority of students borrow to cover these living costs.

Yet despite this widespread borrowing, there is no student debt crisis in Sweden, because payments are spread out over 25 years. They also start out low, rising slowly over time. In the United States, the typical repayment period is just 10 years.

All the international student loan experts I have spoken with are shocked by how little time American students are given to pay their loans. In Germany, students pay their loans over 20 years; in England, it’s 30.