Kevin Weekes Talks About Lack of Blacks in NHL 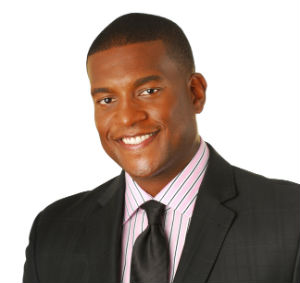 Kevin Weekes, an 11-year goaltender in the National Hockey League, made history after his retirement in September of 2009, when he became the first black hockey analyst on Hockey Night in Canada as a color commentator. Now a member of the in studio panel in 2013, Weekes can also be seen across North America on the NHL Network as an analyst on its nightly flagship program, NHL On The Fly, as well as guest appearances on Versus and MSG Network’s Hockey Night Live!

An entrepreneur, Weekes, launched his lifestyle apparel company ‘I Have No 5 Hole‘ in 2012. The brand evolved out of his passion for sport, fashion and the community.

BLACK ENTERPRISE spoke with the Toronto native about entrepreneurship as well as black representation in the NHL. Here’s what he had to say:

The apparel line has an interesting name. How did it come about?

Why does hockey lag so far behind the other professional sports with regards to black representation?

Weekes: There are a lot of different factors. I think attitude is one of the biggest ones — our own perception of what we can do or what we can be. It starts with seeing yourself and identifying a goal within yourself beyond some of the external factors. And it’s not to mitigate the external factors at all. Some of it is socio-economic, some of it is geographic, some of it is cultural. There are tons of different factors. But when all is said and done, a lot of it comes from within. Sometimes we limit ourselves by saying ‘I look at myself on TV and I don’t see anyone that looks like me so I don’t want to do that.’ Both my mom and dad emigrated (to Toronto) from Barbados and I remember telling my parents about wanting to play hockey. My dad grew up playing cricket and fortunately didn’t have the mindset of ‘that’s not our game.’

But there’s still very few who are playing at the pro level. What can be done to make the sport more diverse than it is?

Weekes: A lot of it starts with us. With the other professional sports, we made a push to aspire to play those sports. Basketball wasn’t always the most integrated sport when you go back to the 60s. But we made a push to challenge ourselves to love the game and aspire to play that game at the higher levels. We made a push to do it in tennis. We have the Williams sisters who came out of Compton, which people say is an impossibility. We have James Blake. You look at Golf. We have Tiger and some that came before him. Jackie Robinson in baseball. In football, there’s Jim Brown, who was a better lacrosse player than he was a football player. And we all know that lacrosse still isn’t a very integrated sport. That’s why I say it really starts with us and not gravitating to sports where players look like us, but rather gravitating to sports that you love.

Weekes: I remember his dad, Popeye (Jones), played for the Raptors. Next thing you know, Seth starts playing hockey and he’s a top prospect playing for the USA Development Program. And this past draft, he was drafted fourth overall by the Nashville Predators — highest draft pick ever for a black player. And Seth is one of the best young players and could have conceivably been drafted first overall.

What about the league’s efforts to promote diversity?

Weekes: We’ve done a much better job at supporting a lot of youth programs, supporting a lot of grassroots hockey initiatives. The “Hockey is for Everyoneâ€ [campaign] group has done a great job. Willie O’Ree, who is hockey’s Jackie Robinson, has done an amazing job at helping grow participation. Not just for young black boys and girls, but young Hispanic, Asian, and Native American — across every different demonization and both genders. There’s a real concerted effort to try to create awareness, fund the game and expose a lot of kids to the game. For example, around the outdoor game that was played at Dodger Stadium with the LA Kings and the Anaheim Ducks, we gave away over 100 sets of equipment to youth street and ice programs in LA and Orange County. Things like that have had a big impact.