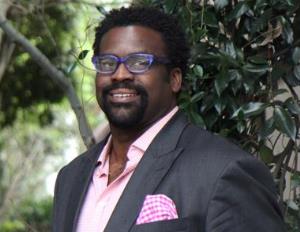 Silicon Valley has for more than a decade been a hub for technological innovation and venture capital-backed startup activity. One of the few African American decision-makers in the Valley’s VC scene is Erik Moore, founder and managing director of Oakland-based Base Ventures. Launched in 2012, Base Ventures is a micro-venture capital firm (one with less than $50 million in assets) that invests in early-stage tech startups.

An early investor in Zappos, an online shoe and clothing shop, he reaped the rewards in 1999 when that company was acquired by Amazon for $1.2 billion. BE spoke with the venture capitalist about investing, technology and where he sees it heading. Here’s what he had to say:

Moore: We do mobile. We look at platform plays. But what we really look at are the founders of these companies, the entrepreneurs. We really try to determine if they are working on something that means something to them. Running a startup is very, very difficult. There are going to be bumps in the road. I am trying to discern whether or not these folks are going to, once it gets tough if they are going to stay or go work at Facebook and save a lot of this pain. We try to figure out if they have it in their DNA — is starting the company going to happen whether or not investors say yes or no.

The other stuff has to be there too. There has to be a big market. The company must have a founder that knows how to code and is technical. There are some other key metrics that we look at, but one of the more potent parts of it is, what is their why. What is their reason for doing this startup? Are they really doing it for the right reasons? Are they doing it because they think it’s the gold rush and they are going to be able to start a company and be bought out by Facebook in a year or something? That is the wrong approach and the wrong reason.

Moore: We are not huge fans of music startups. The industry is replete with entrepreneurs working on some app and it’s very crowded, very noisy, and it’s hard to pick a winner. A lot of people are working on a particular aspect of it. Then artists, in my opinion, tend to be fickle. You might get them on-board to help you when you start it, but it doesn’t necessarily mean that they actually go forward and tweet or do whatever that you think they are going to do for the startup. Also, the business model in music is just horrible and it has changed so much. Lately, it is hard for artists to actually make money.

The same with sports. There are a lot of people who think that if they get LeBron James to be on board then he is going to tweet it out to his 10 million followers and it is going to go viral right away and people are going to buy it. The truth of the matter is that it doesn’t work like that. Then the third one I would say would be games. Gaming is a very difficult business because it is hit driven. In other words, it might be a great game but if you don’t have a huge following and if it is not an Angry Birds, Bejeweled, Candy Crush … It’s hits driven and I am not smart enough to know which ones will work and which ones will not work.

One of the buzz words out there is disruptive technologies. Can you give me an example of a disruptive company in your portfolio?

Moore: Pigeonly. In a nutshell, not only did the founder not go to Stanford or Harvard or Wharton, but he spent four years in federal prison. He came out with an idea of how to disrupt what is going on in the prison system from a communications standpoint by getting the incarcerated people information from the outside. He is helping inmates communicate with people on the outside in a much more efficient and much cheaper way than anybody else has in the past. They built, for a lack of a better word, an algorithm to find everybody in prison. The one right that prisons have that is not a prison phone is the right to receive first class mail. One thing they crave is information and contact from the outside world. Prisoners can’t get email with pictures attached, they need a hard copy.

What Pigeonly has done is make it so you can download a picture from your phone to their service center which will turn around and send a hard copy to your friend or loved one in prison. It makes it a much easier process to email or any time you think of them you can just download a picture and it gets automatically sent. Just as easily as you can text a picture to a friend, with the same amount of steps send it to a loved one in prison. Nobody has done that to date. It also keeps track of inmates when they’re moved from one facility to another.