Why You Need a Living Will 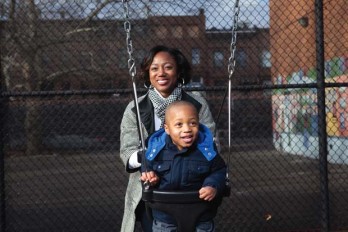 After her father’s death five years ago, Daria Hall, then 24, wasn’t afraid to confront the issue of her own mortality. Hall drew up a legal “living willâ€ in large part because her father passed away without one. A living will, also known as a healthcare proxy, is a document that allows people to express their wishes regarding specific medical treatments in the event that they are dying, incapacitated, or otherwise unable to communicate their preferences.

“Toward the end of his life, my dad wasn’t able to make decisions regarding his healthcare,â€ recounts the now 29-year-old New Yorker. “There were some issues regarding his mental stability, and it would have been good to know what his end-of-life wishes actually were.â€

Hall is rare. Studies suggest African Americans are largely unaware of living wills and their value. According to a recent report from the National Center for Health, just 13% of African Americans have a living will in place compared with 32% of whites. “Living wills are just not discussed very much,â€ says Alfred Osbourne, financial adviser with Ameriprise Financial Inc.in East Meadow, New York. “Plus, as a whole, no one wants to face the fact that we’re all going to pass away; that makes people afraid to discuss these types of issues.â€

Her father’s lack of a living will put stress on Hall and the rest of her family. None of them were sure how to best approach her father’s care as the end drew near. “There was no support system in place and nothing to refer to for information on what his wishes really were,â€ says Hall. “That made a challenging situation that much more stressful.â€

Not wanting her future children to one day deal with those challenges, Hall attended a legal counseling seminar and then drew up the document with the help of a prepaid legal firm. “As the head of household, I want to make sure everything is in place,â€ says Hall, who now has a 2-year-old son, Xavier. “I never want my loved ones to be worried or concerned about my wishes if I was ever unable to speak for myself.â€

How To Begin
Naturally, the idea of coming up with directives that could be used to dictate your end-of-life care will seem daunting or foreign, but financial adviser Christopher Gandy of Water Tower Financial Partners in Chicago says the process is fairly straightforward. Consider the project a vital part of a solid financial plan, he says.
Start by envisioning a scenario where you are unable to make your own decisions. Consider exactly how you’d want your healthcare handled. If you were in a coma, for example, at what point would you ask to be removed from life support? Or, if your life is being sustained by a feeding tube, would you want the device removed so that you could pass on? These issues are important, notes Osbourne, because without a directive, doctors will be forced to prolong your life.