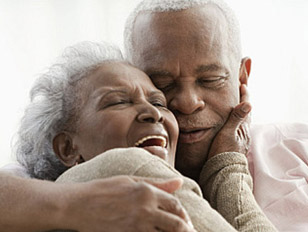 Did you know that as long as you were married for at least 10 years, you can collect social security benefits based on your ex’s work history after you’re divorced?

Neither did 75% of the people surveyed on a report released by AARP and the Financial Planning Association. Yet nearly half say they are somewhat knowledgeable about how their benefits will be determined.

In fact, according to the Center for Retirement Research, Americans leave roughly $25 billion dollars in unclaimed Â Social Security benefits on the table each year.Â  It’s not surprising.Â  Hidden in the more than 2,700 rules that govern Social Security, are twists and turns that are difficult for even seasoned financial professionals to understand.Â  This is something we simply can’t afford.Â  According the AARP, about 50% of Americans depend on Social Security for at least half of their retirement income, making it one of our most important retirement assets.

Some industry watchers say Wall Street spends much of its time and money focusing the public’s attention on retirement investment vehicles like 401 (k)’s and IRA’s because much of the financial services industry’s money comes from those investments.

“People can make a lot of money by getting people to invest their retirement savings with them, but there’s not a lot of money to be made for Social Security,â€ says Richard Johnson, senior fellow at Urban Institute.Â  “I think as a result, people aren’t getting that much good information about when they should take their social security and how they can make the most of it. Social Security is an incredibly complex program,â€ Johnson adds.

This is not to downplay the importance of investing in retirement and taking full advantage of company 401 (k) plans and things like SEP’s and IRA’s, but making sure you maximize social security benefits should be equally as important.

Matthew Allen and Catherine Hormats founded a company called Social Security Advisors.Â They say 70% of Americans leave Social Security money on the table, averaging $120,000 per couple. Â For $24.95, they give clients an automated analysis and plan that helps them maximize their Social Security benefits.Â  For $124.95, they provide clients with personal counseling.

“I’m proud to say on average, we bring our clients an additional $120,000 in lifetime benefits,â€ says Hormats.Â  “If we don’t increase our client’s lifetime Social Security benefit by $10,000 their fees are fully refunded.Â  That’s ourÂ  Maximum Social Security Guarantee,â€ she adds.

One of the most commonly overlooked benefits is what’s commonly referred to as “The Viagra Benefit.â€ Eligible dependents include:

“That’s something that is becoming increasingly important now for people who are having children later in life,â€ says the Urban Institute’s Richard Johnson.