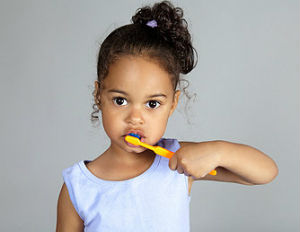 Disparities in school attendance rates, starting as early as preschool and kindergarten, are contributing to achievement gaps and high school dropout rates across the country; according to a new report released today by Attendance Works and Healthy Schools Campaign.

Mapping the Early Attendance Gap: Charting a Course for Student Success documents that absenteeism, while a concern for all students, disproportionately affects low-income children, students from certain racial and ethnic groups, and those with disabilities. Moreover, many of these absences do not involve truancy or skipping school; rather, the absences are excused and tied directly to health factors such as asthma and dental problems, learning disabilities, and mental health issues related to trauma and community violence.

“These early attendance gaps can turn into achievement gaps, which contribute to our graduation gaps,” said Hedy Chang, director of Attendance Works and an author of the report. “It’s not enough to say we have an absenteeism problem. We need to know who is missing too much school, when and where absences are mostly likely to occur, and why students are chronically absent. This information is essential to targeting the right resources so we turn around poor attendance, especially for the students most at risk.”

The report, released at the start of Attendance Awareness Month, maps the nation’s attendance gaps using available research, including a state-by-state analysis of testing data from the National Assessment of Educational Progress given in 2011 and 2013. It builds on 2014 research by Attendance Works that showed students who miss more school than their peers consistently score lower on standardized tests.

Key findings in the report include the following:

The report also highlights the power of states to tackle absenteeism by tapping key champions, using data to identify students and schools with high chronic absence rates, especially in the early grades, and learning from places that have improved attendance despite challenging conditions. It emphasizes how chronic early absence can be turned around when school districts and community agencies, especially health providers, work together to partner with families to get students to class every day.

“Student health issues, including physical and behavioral health, are a leading cause of student absenteeism,” said Rochelle Davis, president and CEO of Healthy Schools Campaign. “Ensuring that students are able to go to school each day in a healthy environment and have access to health services is a key strategy for reducing absenteeism. Health providers and public health agencies can and should play an important role in working with schools to turn around poor attendance.”

The release of the report comes as schools and communities across the country are marking September as Attendance Awareness Month. More than 50 national organizations and hundreds of local communities are planning activities, issuing proclamations, and beginning to map their own attendance gaps.

“The national data can point toward the patterns, but local and state leaders must find out what is happening in their communities, especially for our youngest students, in order to improve school attendance and, with it, achievement,” Chang said.

Attendance Works is a national and state non-profit initiative based in San Francisco, and dedicated to improving the policy, practice, and research around attendance.