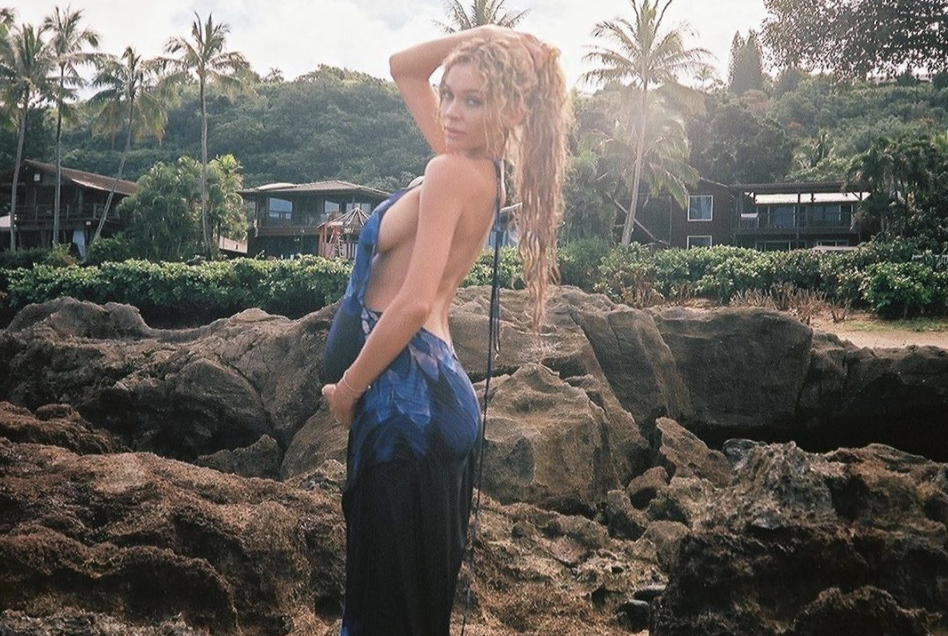 Celebrity babymaker Nick Cannon, reportedly, has a seventh bun in the oven.

Wild N’ Out model Alyssa Scott posted a photo of her naked body and growing belly with the caption, “ZEN S. CANNON.”

It appears Scott has already named her unborn child, although Cannon hasn’t confirmed the rumor.

The “Gigolo” rapper appears to be living up to the song title. In April, Black Enterprise reported Cannon was expecting twins with deejay Abby De La Rosa.

Cannon has four other children: Monroe, 9, Moroccan Scott, 9, Golden “Sagon” Cannon, 4 and Powerful Queen Cannon, who was born in December.

Twitter sounded off on the announcement with hilarious commentary.

Me every time it’s announced that Nick Cannon is having another kid pic.twitter.com/vjuGT03DtT

Me naming all of Nick Cannon’s children for a cash prize pic.twitter.com/9IkuL4MF2Q

The News: the US has an alarmingly low birth rate.
Nick Cannon: pic.twitter.com/p5HzgOK2sD

If Nick Cannon ain’t gone do nothing else, he gone get a racially ambiguous woman pregnant https://t.co/2sIleP9Ii1

Nick Cannon kids waiting on him to come pick them up pic.twitter.com/IaUoyMZJh8

In 2020, Cannon told Entertainment Tonight that he wasn’t built for marriage following his divorce from singer Mariah Carey.

“I don’t believe in marriage anymore. My mindset has changed. I have done that. I don’t like doing things that I am not good at.”

We guess congratulations are in order.