Will Bankruptcy Stop Tupac's Biopic from Hitting the Screen? 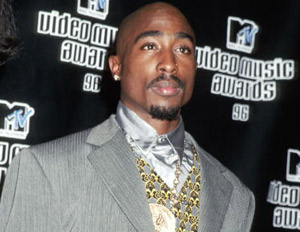 Tupac Shakur fans waiting to see a planned biopic about the larger-than-life rapper who killed nearly 15 years ago can breathe a sigh of relief. A bankruptcy filing by a film distribution company doesn’t put the upcoming movie in jeopardy.

The company that owns the rights to several popular movies–including The Last of the Mohicans, Young Guns, and Robin Hood: Prince of Thieves–is seeking bankruptcy protection due to a big decline in movie royalties.

That company is Inverness Distribution Ltd., a Bermuda-based film distribution outfit previously known as Morgan Creek International, Inc. It filed a petition May 3rd in U.S. Bankruptcy Court in Manhattan, telling the court it had up to $100 million in debt.

Movie buffs may recognize the Morgan Creek name–especially since a separate movie-making company called Morgan Creek Productions has a long-awaited Tupac Shakur project in the works.

Entitled TUPAC, the film is scheduled to be released in the spring or summer of 2013. It’s being directed by Antoine Fuqua, (of Training Day and Brooklyn’s Finest fame). Tupac’s mother, Afeni Shakur-Davis, is serving as the film’s executive producer.

BlackEnterprise.com reached out to Morgan Creek Productions and found out that the bankruptcy filing by Morgan Creek International (Inverness) does not jeopardize the TUPAC project in any way.

“What is happening with Inverness (Morgan Creek International) does not affect us at all,â€ he said.

Melielcarz also told BlackEnterprise.com that the title role for the TUPAC movie has yet to be cast, even though filming is slated to begin in late summer.

“We haven’t found our Tupac yet,â€ he said. “But we’re taking our time and making sure we cast the right person.â€ Lynnette Khalfani-Cox is a weekly money and finance columnist for BlackEnterprise.com and founder of the free financial advice blog, AskTheMoneyCoach.com. Follow her on Twitter @themoneycoach and see her column every Tuesday on BlackEnterprise.com.