How Will Betsy DeVos Affect Your Neighborhood Schools? 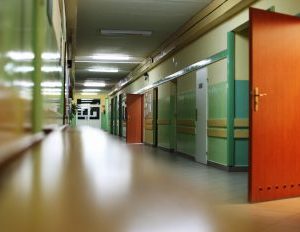 Betsy DeVos is now Secretary of the U.S. Department of Education, which as a federal agency, is limited in its effect on schools, which are controlled by the states. But, the agency can set a tone that makes a huge difference in the lives of students, and for that reason, resistance to the Republican billionaire, who many see as having purchased this role,Â has been strenuous.

For example, when the Department of Education issued guidelines about school discipline, districts responded. They implemented approaches like restorative justice–which, instead of punishing students, provides opportunities for discussion and develops a process for restitution. Such approaches are more effective and have the benefit of keeping kids in school and out of the school-to-prison pipeline. So, the agency’s role isn’t insignificant.

John King, the former Education Secretary, who will be president and CEO of the Education Trust in March, issued a statement on DeVos’ nomination, which reads, in part:

Although King stated that Education Trust would work with and support DeVos where there was common cause, he also said the organization would “vigorously oppose any action that would undermineâ€ progress for children.

Although DeVos wields a lot of power in her new position, and, as has been written, all of Trump’s cabinet choices will influence public school education over the next four years, parents and communities still have a lot of influence.

“It’s important to get involved on the local level,â€ says Marc Holman, a teacher at Eagle Academy in Brownsville, Brooklyn.Â “Attending school meetings and community board meetings, so you know what’s going onâ€ makes a huge difference, says Holman, who as a result of local involvement, learned about and acquired discretionary funds for his school.

When I interviewed Shavar Jeffries last week, he said the same thing. As president of Democrats for Education Reform, Jeffries advises parents and caregivers to plug into their local school communities. That’s the best way to develop and wield local influence.