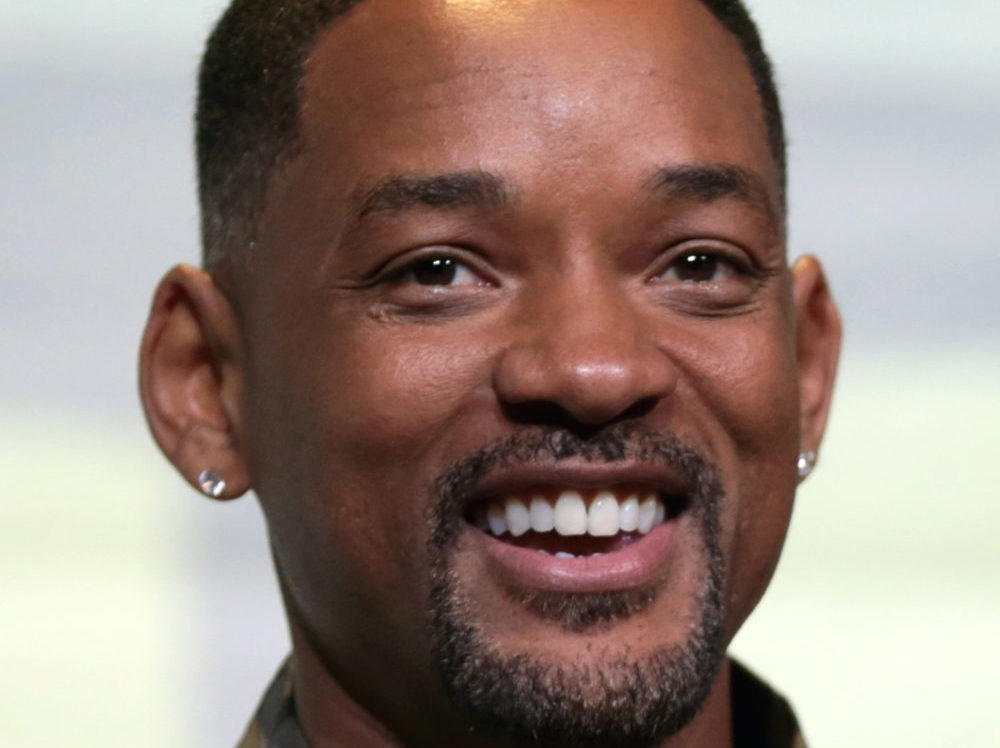 Will Smith has sealed a stellar legacy in entertainment. He’s starred in several blockbuster films, a successful TV sitcom, and earned five Grammy Awards along with multiple Oscar and Golden Globes nods. But the Hollywood star isn’t done yet. Following an illustrious 30-year career, Smith is now embracing social media in his next act.

Last week, the acclaimed actor and rapper opened up at New York Advertising Week about his successful career and his new journey as a YouTube star. “I feel like I’m getting a fourth bite of the entertainment apple,” said the 50-year-old superstar during a session with Google VP Adam Stewart.

Here are five lessons Smith shared about personal growth, rebranding after 50, and the next stage of his life and career:

Technology has been a major disruptor in almost every industry and especially in Hollywood. According to Smith, making a blockbuster movie is no longer as easy as it once was because social media has forced directors and producers to improve the quality of their films, rather than depending on movie trailers to sell movie tickets.

“We used to say ‘We’re not in the movie business, we’re in the trailer business,'” Smith said candidly. “Once you have a good trailer you’re done. Now, what’s happened with technology, on Friday night at 7:30, people are tweeting, ‘Hey, Will’s movie sucks, go see Vin Diesel’s.'”

Because news, whether good or bad, spreads so quickly on social media, movie makers don’t have the luxury of time to build box office success. “We no longer [have] the three-day window,” Smith said. “If you had a great trailer, it was Monday at noon before everybody knew that Wild Wild West sucked. You had already made your money.”

Although some people may still be resistant to the changes tech has created, Smith’s point serves as a reminder that businesses must embrace social media in order to grow their brand in the digital era. Smith, for example, has partnered with YouTube to launch his own channel, which now boasts 3.7 million subscribers. He also has a massive following on Twitter and Instagram, which has allowed the Men in Black star to connect with younger audiences and remain relevant.

During the session, Smith talked about how he recently conquered one of his biggest fears – death – to mark his 50th birthday. He celebrated the special occasion on Sept. 25 by bungee jumping out of a helicopter and into the Grand Canyon. The heart-pounding experience was live-streamed on YouTube.

“I’ve had an interesting relationship with fear my whole life,” said Smith in the video, titled Will Smith: The Jump. “[When I was younger, my family and I], we drove to the Grand Canyon and I remember having a deeply meaningful experience of how beautiful it was, but I was terrified of walking to the edge. All my family walked up to the edge but I stayed back, too scared to take in the beauty. I’ve made it a point in my life to attack anything that I’m scared of.”

At AdWeek, Smith admitted the 1,000-foot leap into the Grand Canyon was an “absolute complete terror.” However, confronting his fear empowered him to take risks in other areas of his life and drown out an inner voice that repeatedly tells him “‘you’re going to die.’” He’s realized that the voice will be right only one time in his life and he shouldn’t let it stop him from taking chances. “[Until] that one time comes, why should you give a f–k? Just have fun.”

Smith advised the audience of ad executives not to become consumed by data and metrics. Instead, he encouraged them to listen to their intuition and defy data when necessary. “Nothing is more valuable than your gut,” he said. “The metrics are there to help you train your gut because, at the end of the day, you have to make the call on the extraordinary. The metrics keep you in the ordinary. The thing that succeeds is going to be way outside what somebody even thought was possible.”

Smith’s advice is applicable to business owners and professionals in all settings. Sometimes your biggest rewards lie outside of your comfort zone. So don’t be afraid to take a leap of faith when the opportunity presents itself.

4. It’s Not About Winning

Don’t let social media data, analytics, and quantitative feedback make you lose sight of your purpose. Rather, Smith encouraged the audience to focus on connecting with people, growth, and being happy. He also admitted that for the first time in his career, his work is not centered on an agenda, which has granted him a greater level of creative freedom and expression and the ability to have fun in the process. “It always has to be for joy and expansion,” he said. “You can’t get caught in trying to win. If you get caught in trying to win, you can completely lose contact with the audience and with the intention.”

5. The Secret to Business Success

Another gem Smith dropped was about using your individual experiences to drive your creativity and overall success. Focus on personal growth, which, in turn, can translate into growth for your company and brand, he said. “As much focus as you can have on expanding yourself and expanding your wisdom and expanding your best qualities, I think is the best way to create better businesses.” Simply put, he added, “be a better you.”