Will Smith Gets Support From His Family at 'Emancipation' Premiere 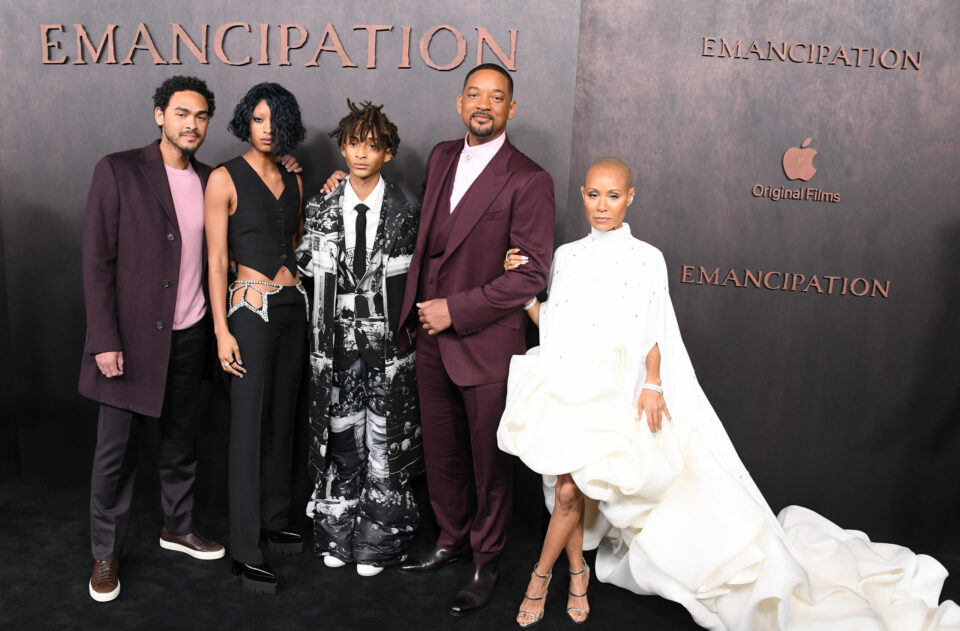 Will Smith and his family at the Los Angeles premiere of "Emancipation" yesterday. (Photo: Steve Granitz/FilmMagic)

Will Smith walked his first red carpet after slapping Chris Rock at the 2022 Academy Awards.

All eyes were on Smith as he arrived for the Los Angeles premiere of his latest film, Emancipation, at Regency Village Theatre Wednesday with his wife, Jada Pinkett-Smith, and their three children, ET reported.

Smith looked dapper in a maroon three-piece suit while Jada stunned in her white ballgown embellished with jewels that covered her torso from the neck down.

The Smith kids were there to support their parents on their first red carpet since attending the Oscars. Jaden and Willow Smith, and Smith’s eldest son, Trey, with his first wife, Sheree Zampino, posed for photos alongside their parents.

The red carpet appearance came days after Smith appeared on The Daily Show with Trevor Noah and addressed the “horrific” Oscars slap attack.

“That was a horrific night, as you can imagine. You know, there’s many nuances and complexities to it. But at the end of the day, I just—I lost it, you know?” Will explained.

“And I guess what I would say, you just never know what somebody’s going through, you know? In the audience right now, you are sitting next to strangers, and somebody’s mother died last week. Somebody’s child is sick. Somebody just lost their job. Somebody just found out their spouse cheated.”

“It’s like–there’s all these things, and they’re strangers, and you just don’t know what is going on with people. And I was going through something that night. Not that that justifies my behavior at all,” he added.

“You are asking, what did I learn, and it is that we just got to be nice to each other, man,” Smith shared.

“I guess the thing that was most painful for me is, I took my hard and made it hard for other people. I understood the idea…they say hurt people hurt people.”

The Men In Black star explained the emotions he had “bubbled up” that led to the shocking moment.

“It was a lot of things. It was the little boy that watched his father beat up his mother,” Smith explained. “All of that just bubbled up in that moment. I just—that is not who I want to be.”

Rock has lightly addressed the attack during his standup sets in recent months but has yet to speak on the traumatic experience in an interview.