'This Was the Hardest Movie I’ve Ever Made': Will Smith Returns to the Big Screen in 'Emancipation' 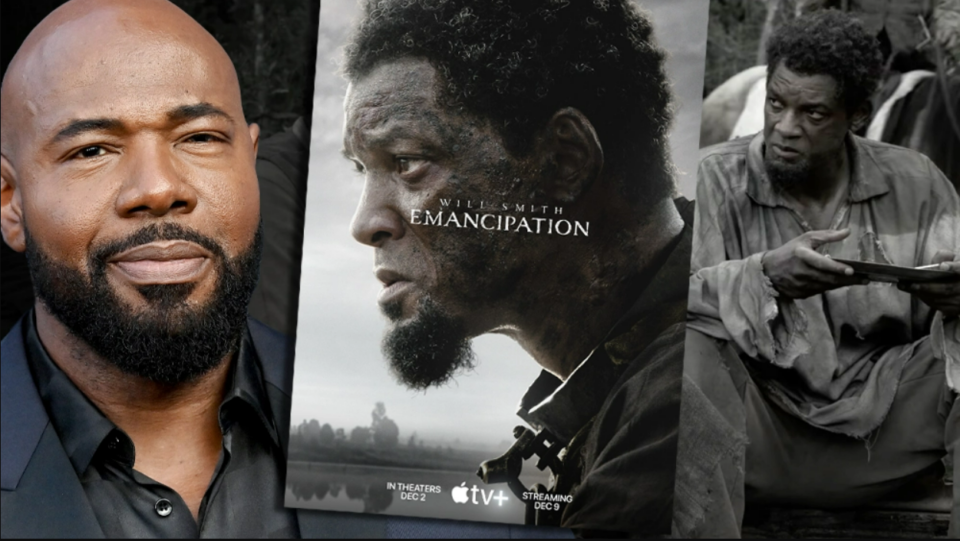 Don’t call it a comeback. Will Smith‘s been here for years and was once Hollywood royalty before the infamous Oscar’s slap sidelined his career.

But now the Fresh Prince is hoping his career gets a fresh start and a jump start with the drop of his new film Emancipation, the first film released after he faced a wave of condemnation for slapping comedian Chris Rock. The Academy Awards banned Smith for 10 years.

Now less than a year after the fallout, Apple Original Films announced its next project that stars Smith is being released just weeks before the end of the calendar year. The movie, which was shelved in the aftermath of the Oscars debacle, will premiere in theaters on Friday, December 2. It will make its global debut online on the Apple TV+ platform the following week on Friday, December 9.

Directed and executive produced by Antoine Fuqua, (Training Day and The Equalizer), it stars the Wild, Wild West actor and captures the story of Pete, a Black man who was able to escape from slavery.

Smith said it was the “hardest movie I ever made,” CBS News reports.

The role played by Smith, follows Peter’s journey to freedom, utilizing his wits and holding fast to his faith, meshed with a strong love for his family. It allows Pete to manage the hardships and navigate the swamps of Louisiana while trying to avoid being captured by hunters.

The movie was inspired by the 1863 photos of Whipped Peter that were recorded during a Union Army medical examination. Those pictures first appeared in Harper’s Weekly.

Smith has been in self-imposed isolation ever since the backlash the incident caused him.

Comedian Chris Rock, while on stage at the Oscar presentation, had jokingly referred to Jada Pinkett-Smith, who was sporting a bald head as G.I. Jane (Demi Moore starred in the movie and wore her head bald for the role). Late last year, the actress took to Instagram to speak about having alopecia and how she is not going to let the balding condition stop her.

Check out the film’s trailer.