Momma Taught Him Better Than That! Will Smith's Mom 'Surprised' After He Delivered Oscar Slap 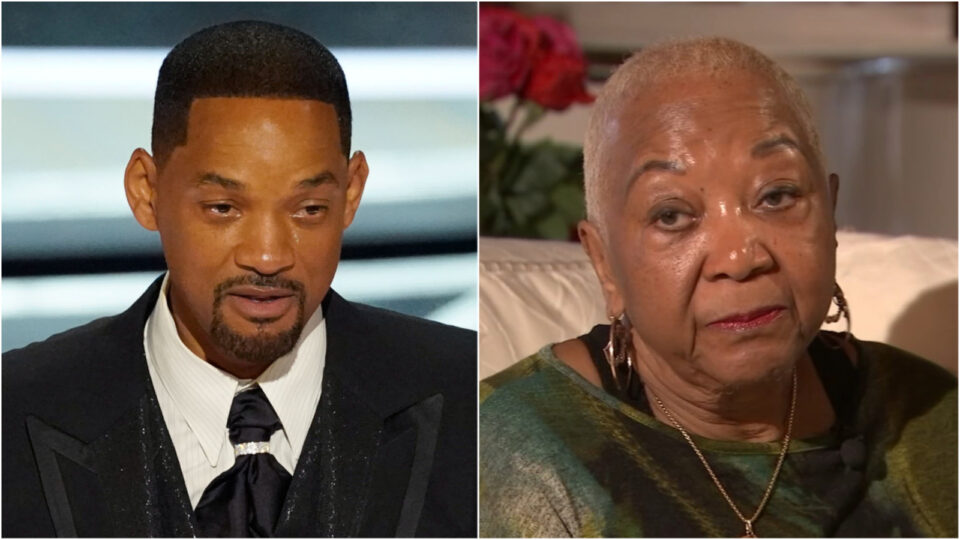 Will Smith’s mom Carolyn Smith, has stepped into the fray to speak about the shocking slap heard around the world by her son’s hand.

Carolyn gathered with family at her home in Philadelphia Sunday night, proudly anticipating her son accepting his first Oscar. But the altercation between her son and comedian Chris Rock leading up to that historic moment left her stunned.

Just minutes before the acceptance, she was shocked to see her son walk up onstage and slap Chris Rock across the face. The incident occurred after the comedian joked about the Oscar nominee’s wife, Jada Pinkett Smith, and her bald scalp.

Pinkett Smith revealed her alopecia diagnosis in 2018 and has since expressed her efforts to embrace living with the disorder. Her husband clearly had a problem with Rock cracking jokes about her struggles.

Carolyn said Will’s response was a rare one.

“He is a very even, people person. That’s the first time I’ve ever seen him go off. First time in his lifetime… I’ve never seen him do that,” Carolyn said.

While the West Philadelphia native’s actions sparked wide controversy, his family chooses not to judge his character based on that moment. They describe him as a loving person who keeps the family united.

Ellen Smith, Will Smith’s younger sister, says she’s watched her celebrity brother flourish despite the pressure he’s had to endure in Hollywood.

“I’ve had conversations with him, and it like really kind of broke my heart listening to the things he’s said he had to go through to get to where he is,” she told the news outlet.

“Everybody has been bullied or abused in some kind of way,” she also said, according to CNN. “I totally understand.”

Smith has a supportive tribe around him who only wants to see him win as he continues his journey as his full authentic self.

BLACK ENTERPRISE reported that Will Smith publicly apologized to Chris Rock on his Instagram.

In part, he said: “I would like to publicly apologize to you, Chris. I was out of line and I was wrong. I am embarrassed and my actions were not indicative of the man I want to be. There is no place for violence in a world of love and kindness.”