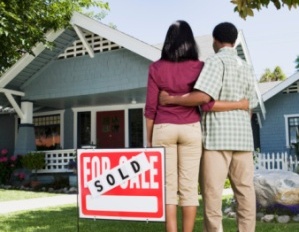 On July 21, 2011, consumers will officially have a new watchdog in the form of the Consumer Financial Protection Bureau. This development was the result of consumer advocates making their case for an independent consumer bureau to be included in the Dodd-Frank Wall Street Reform Act that was passed last year.

The goal of the bureau is to shield consumers from fraud and abuse at the hands of financial institutions. Specifically, it says it will make forms easier to understand when it comes time to apply for a credit card, mortgage, or other financial products. Last year, in an effort to make good on this promise, the bureau began a campaign entitled, “Know Before You Owe,â€ which aims to assist with simplifying mortgage disclosures.

In addition to providing protection, the bureau says it will work to educate consumers about finances; supervise bank, credit unions, and financial companies; and enforce Federal consumer financial laws. But will any of this really happen? And does the bureau really have what it takes to be effective? Here to answer these questions is Preeti Vissa, the community reinvestment director for The Greenlining Institute, a multicultural public policy research and advocacy institute in Berkeley, California.

BLACK ENTERPRISE: A bureau to protect the interests of consumers is finally here. What took so long?

PREETI VISSA: As Â early as 2004, The Greenlining Institute, which began as a coalition of civil rights leaders from all over California, went to Chairman Greenspan and warned him that the adjustable rate mortgages were designed to fail and that we would have a large problem on our hands if we did not address that issue immediately. Chairman Greenspan believed in a fundamentally different market theory, and kind of let the market do what it needed to do, which led to the foreclosure crisis. So about two years ago, when Congress decided it needed to do something to fix our financial system, The Greenlining Institute became involved, along with advocates from all around the country, to make sure there was going to be one singular agency whose sole responsibility was to be concerned about consumers.

BE: Do you think the Consumer Financial Protection Bureau will do the job it promised to do?

VISSA: I think the bureau has a lot of potential. There’s an agency on the ground that is already putting together a complete process. It’s the first time that it’s going to be possible for consumers to speak up if their bank is telling them one thing about their mortgage and doing something else, for example. And the bureau required by law to follow up on those complaints.

BE: What else does the bureau need to do in order to be effective?

VISSA: An agency is only as good as its leadership and the commitment from that leadership. And right now, we have a congress that is refusing to clear the nomination for anyone who is nominated by the president. If congress does not allow a leader to come in to place to help that agency get off the ground as soon as possible, then we’re basically destroying the very solution that we created from this crisis.