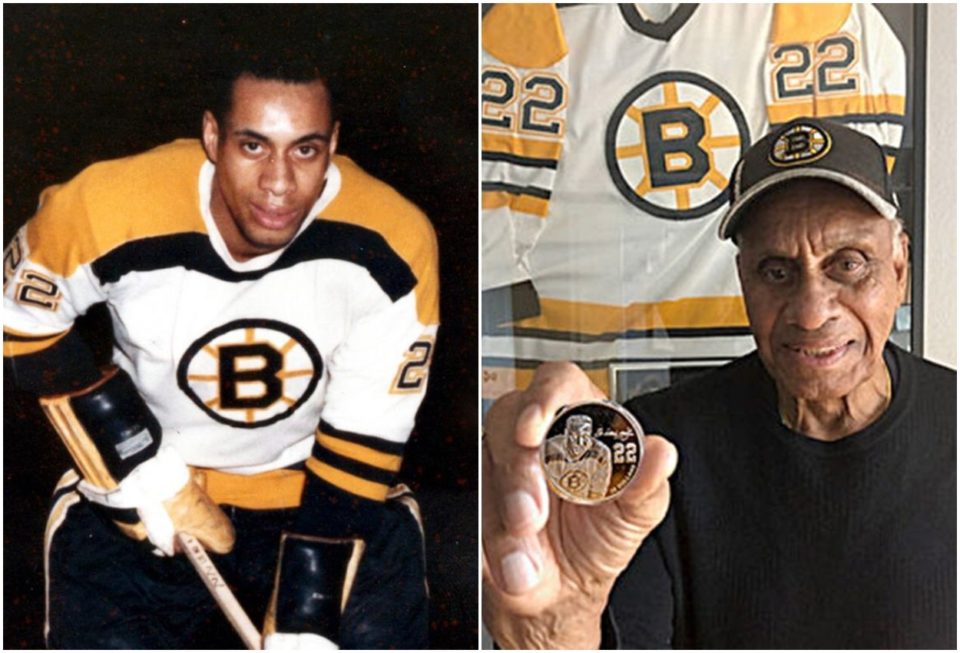 Willie O’Ree became the first Black person to ever play in the National Hockey League in 1958. Less than a month ago, his No. 22 jersey was honorably retired by the Boston Bruins.

This Monday, President Joe Biden signed the Willie O’Ree Congressional Gold Medal Act into law, which will bestow the hockey legend Congress’s highest honor for his “extraordinary contributions and commitment to hockey, inclusion and recreational opportunity.”

Willie O’Ree integrated the sport of hockey by becoming the first black player to play in the NHL.

O’Ree has proven to the world that no dream is too big. pic.twitter.com/MQyGEXLIEh

By July of last year, lawmakers unanimously passed the bill through the House and the Senate. It’s unclear when O’Ree will receive his award.

The Congressional Gold Medal is awarded to individuals, institutions, or groups in recognition of their distinguished achievements and contributions. It has been awarded to Black monumental figures such as Orville and Wilbur Wright, Jackie Robinson, Thomas Edison, Martin Luther King Jr., and Coretta Scott King.

O’Ree is the first player in NHL history to have been honored with the prestigious medal.

“This esteemed honor is befitting Willie O’Ree, a pioneer whose impact on hockey has been groundbreaking, profound, and enduring,” NHL commissioner Gary Bettman said in a statement Tuesday.

“A true pioneer and trailblazer, O’Ree can add another achievement to his list of accolades: the first hockey player to receive the Congressional Gold Medal in its nearly 250-year history. Congratulations, Willie, and well deserved.”

The New Brunswick native has had a large impact on the youth, inspiring more than 130,000 boys and girls to play the sport. He helped establish 39 grassroots hockey programs and served as the NHL’s director of youth development and an ambassador for diversity.

“Since 1998, O’Ree has been an ambassador for positive social change using hockey as a platform to build character, teach skills, and impart the values of hockey—perseverance, teamwork, and dedication,” Commissioner Bettman said.

Rep. Mike Quigley, a Democrat from Illinois and one of the co-sponsors of the House bill, strongly believes in the decision.

“The president signing this bill yesterday means that the work O’Ree has done will never be forgotten,” said Rep. Quigley. “He has left a permanent mark on the sport, and I can think of no better way to thank him than to honor him with the Congressional Gold Medal.”

Congratulations, Willie O’Ree! Just in time for Black History Month, the accolades keep pouring in for this Black NHL pioneer.