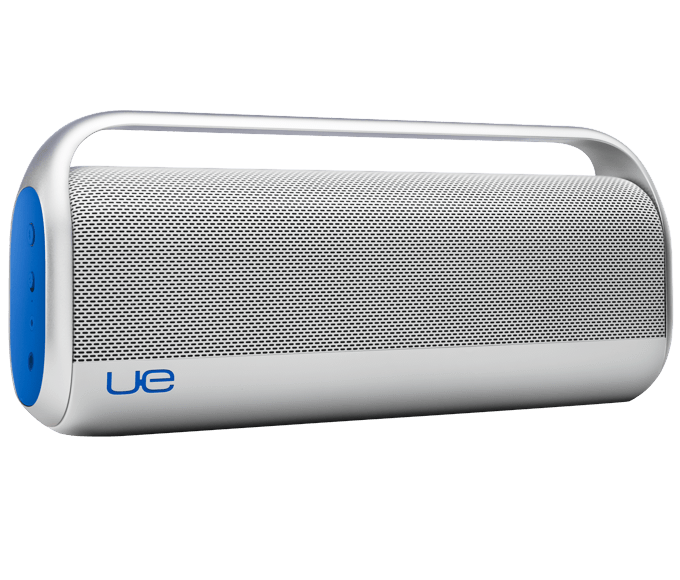 Speaker docks are a popular category of iPod and iPhone accessories with hundreds of models available from various manufacturers. However, the traditional speaker dock is losing favor as non-Apple mobile devices gain prominence and people begin to wonder why they should need to physically connect their phone or media player to a speaker in the wireless age.

Small yet powerful speakers now work with Android and Windows Phones as easily as with the iPhone–thanks in part to wireless connectivity using Bluetooth, AirPlay, and DLNA, among other methods. But which approach is best? Well, the Logitech UE Boombox takes one course and the Pioneer A1 Wi-Fi Speaker takes another.

Logitech’s $249 Ultimate Ears (UE) Boombox connects to devices via Bluetooth, which is available on most smartphones, tablets, and laptops by default, making it close enough to universal and easy to set up. The over 4-pound speaker is sleek and portable, allowing you to move it from room to room with ease. The 3-inch wide device comes equipped with a rechargeable battery (rated to last 6 hours), so it won’tÂ be tied to an outlet.

The benefits of using Bluetooth have to be weighed against the technology’s drawbacks. When playing music at a high volume, the UE Boombox struggles to produce high-quality sound. Bass-heavy songs have a well-rounded richness and the mid-range audio quality is great. All but discerning audiophiles will be able to ignore the flaws. Still, if you’re looking for room-filling volume, this may not be your speaker.

Several audio-quality issues stem from the Bluetooth connectivity, which has its limitations. Most high-end wireless speaker systems employ technology that offers better quality and more range, which is the case with the $299 Pioneer A1.

Though the A1 doesn’t have Bluetooth, it’s also near universal in its connection options. It features AirPlay, HTC Connect, DLNA and Wireless Direct.

Unlike the UE Boombox and other Bluetooth speakers, this speaker lags in playÂ time and when changing songs. Of course, the number of Wi-Fi signals present will affect the data speed. You’ll notice the difference in crowded areas like a big office building or apartment complex as opposed to in a stand-alone house.

Overall, the audio quality is quite good, even at high volumes and with bass-heavy tracks. The sound has been professionally tuned, though we wouldn’t replace a high-end sound system with the A1–regardless of the price.

Pioneer claims the A1 is portable, but the 7.3-pound unit is hefty so you’ll probably only port it indoors. For true wireless usage, you can opt for the Pioneer A3, which is similar to the A1 except it comes with a rechargeable battery.

While it’s not the most portable speaker, the fact it can charge a mobile device via the USB port in the back makes it useful in low-battery situations. And though there’s no placeholder for a phone or tablet, that connection can also be used for transmitting audio and data between compatible devices and the A1.

Both the Logitech UE Boombox and the Pioneer A1 Wi-Fi Speaker offer wide compatibility, decent audio and some portability. If you’re more concerned with volume and reliability, as well as wider connectivity options and features, the A1 is the better choice. But, if you’re looking for something a bit more portable and easier to set up, go for the UE Boombox.