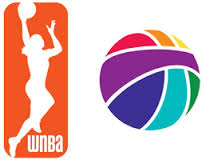 This season marks the 18thÂ year of play for theÂ Women’s National Basketball AssociationÂ (WNBA). In an effort toÂ celebrate inclusion and equality, while combating anti-LGBTQ (lesbian, gay, bisexual, transgender and queer) bias, the WNBA will be the first professional sports league to establish an integrated marketing, media, grassroots and social responsibility program for the LGBTQ community.

For the first time in its existence, the league addressed the issue of equality and tolerance during a nationally televised game. Sunday’s match between the Tulsa Shock and Chicago Sky was billed as the league’s first national Pride Game, representing a bigger initiative by the WNBA to embrace the LGBT community.

“We’re the pioneers. We’re showing our league is strong and we’re branching out into different communities. We need more LGBT role models,” said WNBA player Brittney Griner, reports NPR. League president Laurel Richie said some players who are open and active in the gay community will be a big part of WNBA Pride – “Whether that’s telling their story or doing some outreach or doing PSAs with some of the organizations that look to put an end to bullying.”

Griner, who stands 6-foot-8 and plays for the Phoenix Mercury, came out last year shortly after being drafted and has been lending her voice to fighting homophobia in sports.

The marketing attached to WNBA Pride, which is sponsored by cosmetic giant CoverGirl, is designed to bring money. The initiative also includes a new website -Â WNBA.com/pride. The site includes league and team PRIDE content, events and schedules, which will be updated throughout the season. Information will also be shared on the league’s social media channels where the content will be aggregated with the hashtagÂ #wnbapride.

As the WNBA embarks on a new season and new campaign to celebrate LGBTQ diversity, theÂ National BlackÂ Justice Coalition (NBJC) announced its partnership withÂ Athlete Ally, a nonprofit organization focused on ending homophobia and transphobia in sports, to launch a list honoringÂ Black OUT WomenÂ in Sports. This collaboration was supported by the special assistance of theÂ National Center for Lesbian Rights (NCLR).

“The partnership is an effort to inspire our community and to demonstrate the vast talents of LGBTQ women of color who have emerged as leaders in the global effort for LGBTQ inclusion in sports,â€ says NBJC Executive Director and CEO Sharon Lettman-Hicks. “In addition to the world of basketball, theseÂ Black OUT Women in SportsÂ have achieved major success in martial arts, soccer and tennis. These women inspire countless young people and make living authentically OUT possible. Take a moment to learn more about these dynamic womenÂ and recognize their contributions to professional sports.â€