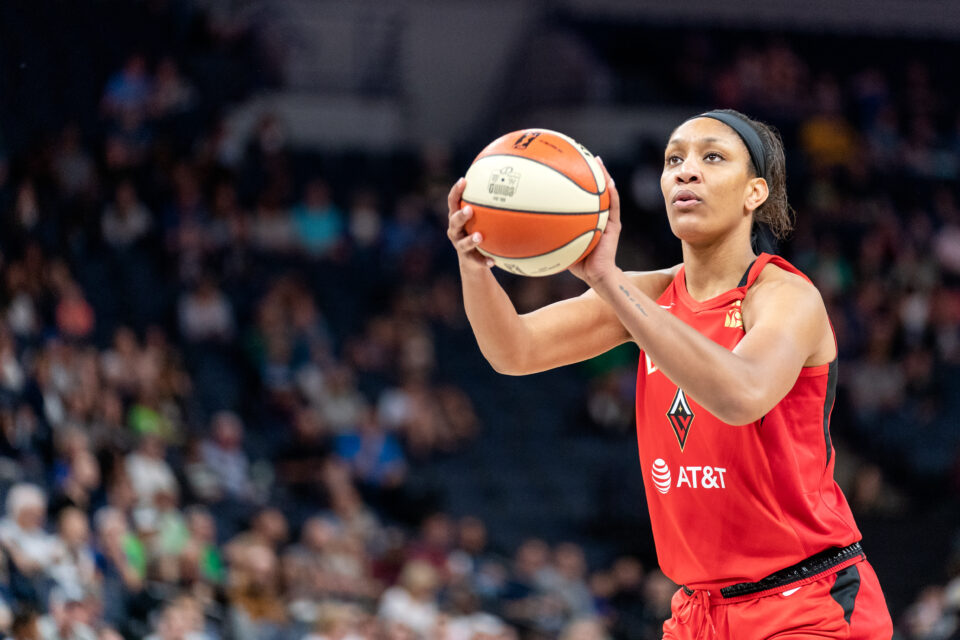 Ruffles, the official chip of the WNBA, is adding a dose of Black girl magic to its roster.

Las Vegas Aces star forward A’ja Wilson is the first-ever female athlete to sign an endorsement deal with the legendary potato chip brand. The multi-year contract comes with the “game-changing launch of the new Ruffles Ridge Twists product line, including her own signature flavor, Smoky BBQ,” according to a press release.

“Now, as the Official Chip of the WNBA, we’re proud to welcome our first-ever female athlete to our roster with a flavor of her own,” Taffet said. “A’ja embodies what it means to Own Your Ridges, so we’re owning our ridges too and elevating our product game as part of this partnership by bringing fans the first-of-its-kind Ruffles Ridge Twists.”

“I grew up eating Ruffles so it’s a dream come true to join the family of Chip Dealathletes and have my own signature flavor that’s inspired by my Southern roots,” said Wilson of her South Carolinia upbringing.

Wilson, a candidate to win another WNBA MVP Award this year, is an inspiring face that amplifies Ruffles’ ongoing campaign tagged “Own Your Ridges.” Created by ad agency Motive, the mantra is meant to “inspire our fans to own all the things about them that ‘zig’ when everyone else ‘zags,'” said Stacy Taffet, vice president of marketing at Frito-Lay North America, Muse By Clio previously reported.

“We want to offer a platform for our fans to find power in their uniqueness. Because nothing is more magnetic than showing up as authentically you,” she continued.

Wilson, 26, is thee youngest member of the gold-medal-winning 2018 Word Cup Team and the 2020 WNBA Most Valuable Player. She’s also an Olympic gold medalist and led the University of South Carolina to a national championship in 2017.