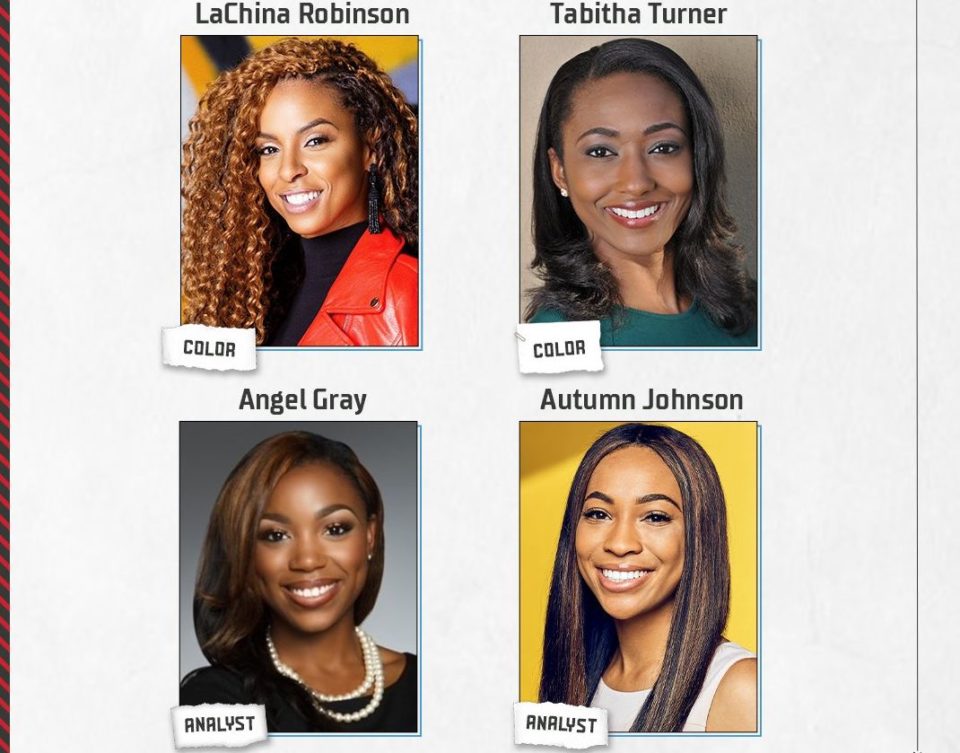 Great things have been taking place in the city of Atlanta and it looks like it’s turning into a tradition! Several months ago in March, The WNBA and NBA Boards of Governors announced that they have unanimously approved the sale of the Atlanta Dream to Larry Gottesdiener, chairman of Northland, an industry-leading national real estate firm. The investor group for the Atlanta Dream franchise consists of Gottesdiener, Northland President and Chief Operating Officer Suzanne Abair, and former Dream basketball player Renee Montgomery.

Having a former player become part of ownership was a great achievement, but the Dream isn’t stopping there! With every Atlanta Dream home game this upcoming season, the events will be called by an all-female broadcast team, as LaChina Robinson, Tabitha Turner, and Angel Gray all return to the organization. These women comprise the first all-Black, all-female broadcast group in the Dream’s history.

“As the Atlanta Dream experiences new beginnings we are extremely excited to announce our new broadcast team for the 2021 season,” said Renee Montgomery, Dream co-owner and vice president in a written statement. “This broadcast team of all women is another positive step in our goal of providing empowerment to the diverse Atlanta community. It’s exciting knowing that moments such as these will create momentum, and we plan to keep that same level of energy moving forward.”

Robinson returns to the Dream for her 12th season after being the primary color analyst for the franchise’s first 11 seasons. “When Renee called me about coming back to the Dream it was a no-brainer,” Robinson said. “There is a palpable energy around the WNBA and the city of Atlanta that is undeniable. I’m honored to be a part of what the Dream is building under new leadership in this historic 25th season of the league.”

Turner, was with Georgia Tech women’s basketball team before her career as an analyst and reporter took off in Atlanta. “Excited is an understatement for me,” Turner said. “I truly feel blessed to be back with such an amazing, talented team that led the way in the fight for social justice and equality throughout the pandemic. Between the leadership of everyone involved and the high level of talent on this team, waiting to get started is the hardest part and I’m glad to be along for the ride!”

Gray rejoins the Dream for her third season in 2021 after serving as a sideline reporter and color commentator for the franchise in 2015 and 2016. “It’s really exciting to get the opportunity to go back home and cover such a young, talented and explosive team,” Gray said. “Their speed is their strength and it will be fun to cover not only the speed and athleticism of this team but how they lead off of the floor and in the Atlanta community as well. These women are true game changers on and off the court.”

Autumn Johnson is currently a host and sideline reporter for the NBA 2K League and the women’s college basketball digital beat reporter for NCAA Digital. “I’m beyond excited to join the Atlanta Dream’s broadcast for opening night,” Johnson said. “Being a Georgia native, the Dream was the first professional team I covered when I started my journalism career, so this is a full-circle moment to have the opportunity to call my first WNBA game for my home team.”

The Atlanta Dream will tip off their 14th season in the WNBA in May 2021.