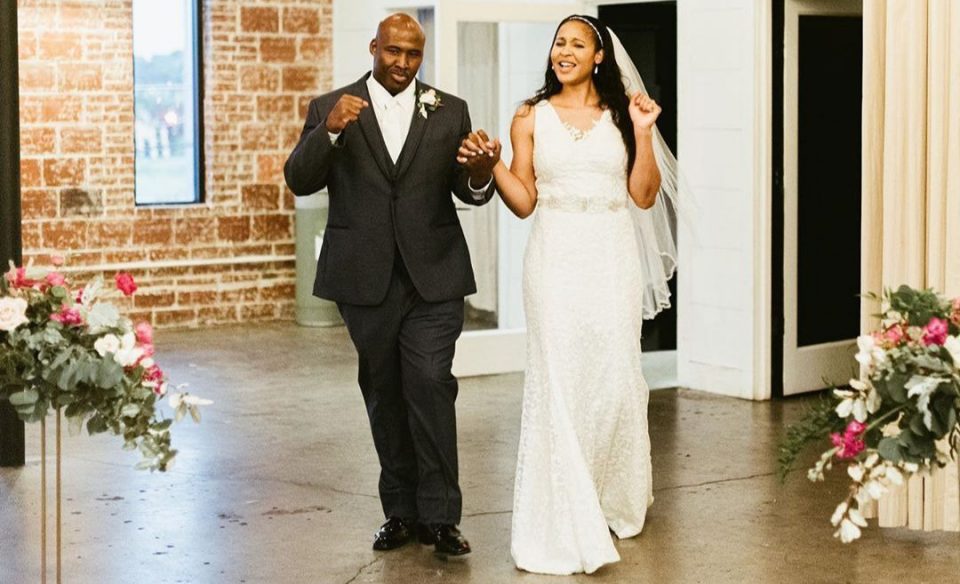 Earlier this year, WNBA small forward Maya Moore had opted to sit out a second season to fight for the release of Jonathan Irons, whom she believes was wrongfully convicted of burglary and assault. Now, according to Good Morning America, she is legally married to Irons.

The newlyweds made their announcement to the world when they appeared on Good Morning America Wednesday to share exclusive details of their love story that came out of friendship after she helped free him from prison following a wrongful conviction that had him imprisoned 23 years ago.

“We wanted to announce today that we are super excited to continue the work that we are doing together, but doing it as a married couple,” Moore said. “We got married a couple of months ago and we’re excited to just continue this new chapter of life together.

Grateful to announce this new chapter of life! What a miracle ❤️🙏🏽❤️

Irons, now 39, was only 16 years old when he was accused of breaking into a home in St. Louis and allegedly shooting the homeowner during a burglary. The victim testified in court that Irons was the person responsible, but there were no witnesses, fingerprints, footprints, DNA, or blood evidence to connect Irons to the crime. Along with there being no tangible evidence, the officer who interrogated Irons did so alone and did not record the conversation.

Moore’s decision to sit out a second season while still being under contract with the Lynx comes at a time when the WNBA announced that they are increasing the average salary of their players to nearly $130,000 and a maximum salary above $500,000. Despite walking away from a six-figure salary, Moore had no regrets.

“Basketball has not been foremost in my mind. I’ve been able to rest, and connect with people around me, actually be in their presence after all of these years on the road,” she said back in January of this year. “And I’ve been able to be there for Jonathan.”

Earlier this year in March, in a Jefferson City, Missouri, courtroom, Irons learned his conviction was overturned by a state judge with the WNBA star behind him. The inmate, with Moore’s help, was appealing a 50-year sentence for a crime he says he never committed. Judge Daniel Green issued a ruling that vacated the guilty verdict, and ordered Irons to be released from a maximum-security prison after 23 years.

GMA anchor Robin Roberts had announced during the interview that her production company, Rock’n Robin productions, has teamed up with ESPN Films to produce a documentary about Moore and Irons’ story.