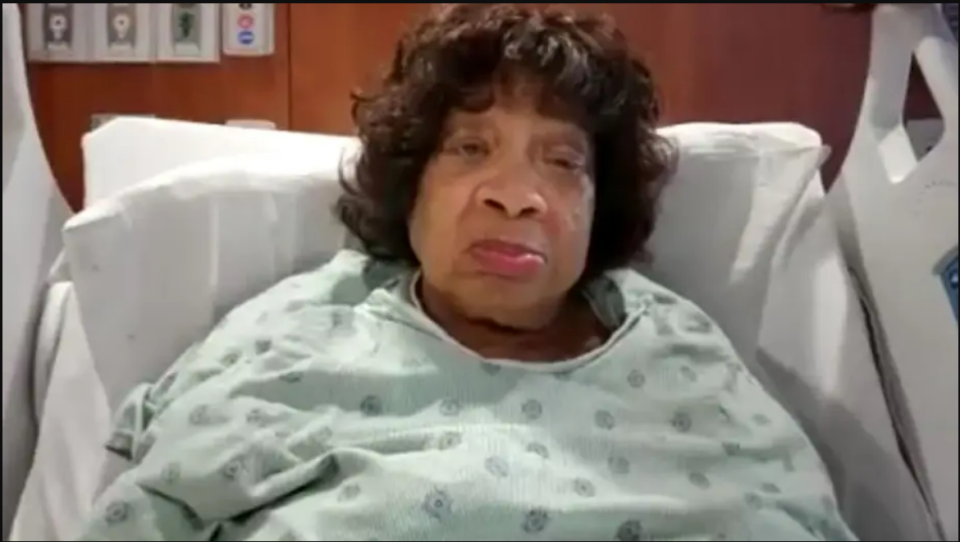 An elderly woman is in the hospital recovering from wounds she suffered after being hit with several bullets by a gunman. In the deadly shooting that killed one person and injured three others, she survived the incident by playing dead.

According to WISN 12 News, Carrie Barnhill, an 88-year-old woman living in Colorado, was shot while visiting her family in Milwaukee. Barnhill said she got hit six times, with three bullets in one foot, while two others entered her other foot, and another shot embedded in her leg.

The alleged shooter shot at his elderly neighbors and hit four people, killing Barnhill’s 82-year-old sister, Shirley Mallory, while three others suffered injuries. Barnhill’s brother-in-law, Mallory’s husband, was shot as well. He was hit multiple times in his spinal cord and lower extremities.

Police officials also suspect that the same man, after the shooting, set his house on fire next door.

Barnhill told the media outlet that she was outside when the shooting occurred. As she is working her way back to being better, she said she is OK.

“It was my sister, Ronnie, my friend, and also the gentleman who shot us’ sister,” Barnhill recalled.

She said her military experience played a factor in her quick thinking that kept her alive.

“Even when the bullets was going in my feet, I did not move. Being retired from the air force, I knew that would be a sign that I was still alive. The police came and they wouldn’t let me look at all, but I knew that my sister was not going to make it.”

Even though the man killed her sister and injured her and the others, she forgives the gunman.

“The only way that I can find peace is I have to forgive him and go on with my life. God is not finished with me yet. I just thank the lord for saving my life,” Barnhill said.