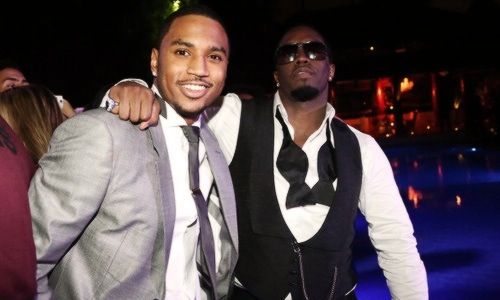 A woman who accused singer Trey Songz of sexually assaulting her in a Miami nightclub has now implicated Diddy and the nightclub in question in a new $20 million lawsuit.

Jahuara Jeffries filed suit in the Miami-Dade County Circuit Court last week, Insider reports. In the court documents, she alleges that the incident with Songz, born Tremaine Neverson, began when she decided to leave Diddy’s New Year’s Eve party around 4:00am on January 1, 2018.

As she and a friend were waiting for an Uber to take them to South Beach hot spot E11EVEN, Songz reportedly offered to drive them. The two women joined the singer in a private car driven by his security guard, who is listed as defendant John Doe in the suit.

Upon arriving at the venue, Jeffries says the R&B star invited them to join him at his table, where food and alcohol had been provided.

“While Plaintiff was dancing on the couch, she noticed Defendant Songz standing on the floor next to her,” the lawsuit says. “She then felt fingers being inserted into her vagina, turned around, and saw Defendant Songz pulling his hand away from her bottom.”

Jeffries says she immediately got off the couch and was approached by another woman who asked what was wrong and then told her Songz had done the same to her.

According to the lawsuit, Songz proceeded to tell the women to eat so that they could sober up. Jeffries says that she was still in shock when she agreed to leave the venue with the singer.

When he took off his shirt in the car, Jeffries began recording their interaction, in fear that she would be assaulted again. That’s when she says the singer became aggressive and ordered his security guard to stop the car.

She says the two men proceeded to physically kick her out of the vehicle, causing her to scrape her legs as she hit the ground.

In addition to accusing Songz of assault, battery and false imprisonment, the lawsuit names also names Diddy and E11EVEN as defendants. While an explanation as to the club’s liability is not explain the role Jeffries believes the club played in the situation, but she says Diddy, born Sean Combs, is responsible for getting Songz drunk.

Jeffries is seeking compensation for “negligent infliction of emotional distress and resulting pain and suffering, disability” and mental anguish.