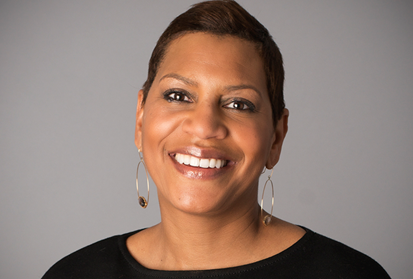 For the first time in its 69-year history, public relations giant Edelman has named an African American to run its business across this country.

The global firm says Lisa Osborne Ross will become CEO of its U.S. operations effective May 3. It declared she will be the first Black woman to lead a PR firm of this magnitude. Edelman U.S. has $540 million in revenue from America and over 2,300 employees in 13 states.

Osborne Ross takes over the reins after a transformative year as COO of Edelman’s U.S. operations. In that space, she led Edelman’s COVID Task Force and helped establish its Racial Justice Task Force after the police shooting of George Floyd last year in Minneapolis, Edelman says. The firm added the group has counseled over 400 clients on addressing diversity and systemic racism.

Osborne Ross previously was president of the Washington D.C. office and later the chief operating officer in the U.S. As CEO, she will succeed Russell Dubner, who was named global vice chairman and chair of the Edelman Trust Institute. Ross will continue to work out of the nation’s capital.

She will run the firm’s largest region globally, which covers the U.S. That operation accounted for over half of the firm’s worldwide revenue of $840 million in 2020. Osborne Ross was named PRWeek’s Agency Professional of the Year last month and was inducted into the publication’s Hall of Femme in 2020.

Her appointment comes after Edelman last year announced partnerships aimed at accelerating its ongoing commitment to racial justice and diversity and inclusion within its own walls. The firm says the new pledges come after an Edelman U.S. commitment to 30% racial and ethnic diversity in its workforce, among other priorities. Edelman claims it is the world’s largest public relations firm with hundreds of corporate, consumer brands, and organizational clients. The firm reports it has 6,000 people in over 60 offices globally.

Interestingly, the public relations industry itself is experiencing big changes. Corporations are facing new pressures from customers and employees weighing in on social and political issues. The firms are being pushed to diversify their boards more after the George Floyd killing and national Black Lives Matter protests.

In the past year, Edelman reports over 80% of the direct client assignments for Osborne Ross have hinged on counseling C-suite leaders on social and political concerns—many of which have racial undertones, such as the reckoning over the Georgia voting laws.

Osborne Ross, who has over 25 years of experience in public relations, politics, and public affairs, provided Black Enterprise an email comment on her new leadership position.

“Our clients, especially in the C-suite, are demanding counsel that’s culturally competent and rooted in a multi-stakeholder approach,” she says. That type of counsel is what we continue to build the capability to do, and what I hope to do more of in my new role. I’m a big believer in the idea that, if you get the right people in the right jobs, treat them well, and treat your clients well, the growth will follow.”

“In the four years since Lisa joined Edelman, she has made an incredible impact on the firm, particularly through her empathetic leadership during COVID and the tragic aftermath of George Floyd’s murder,” he said. “She is a champion of our people, and expansive in her ability to provide senior counsel to clients and drive operations. Lisa is an exemplary leader for extraordinary times, and her many talents will take the U.S. business forward from a position of strength.”