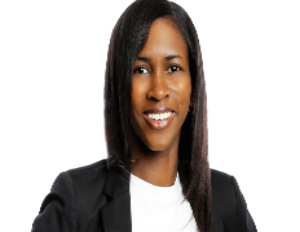 Getting out of debt is a big accomplishment. No one knows this better than David Bakke, a financial contributor for MoneyCrashers.com, who managed to get out of $30,000 in debt, and Ja’Net Adams, author of the book Debt Sucks. Adams continues the second half of our chat about how she was able to slay her debt demons and pay off $50,000 in debt in a little over two years. Let’s go back to the rest of our discussion.

Black Enterprise.com: What kind of debt did you rack up?
Ja’Net Adams: I had accumulated student loan debt and I purchased a new car ($25,000 each).

BlackEnterprise.com: What caused you to rack up this debt?
Adams: I actually graduated from college debt free with $10,000 in the bank. IÂ had a great start, but IÂ still ended up in debt, so that isÂ why I try to warn college students that life happens! I got married a couple of years after graduation, but I didn’t know until after I was married that my husband had $25,000 worth of student loans from just one year of college!

BlackEnterprise.com: What was your reaction?
Adams: We were married when I found this out and common sense would have said ‘Ja’Net, you two are in $25,000 worth of debt, so get focused and pay it off quickly!’Â  But that is not what I did. Instead, I bought a dream home that would have taken our parents 30 years to save up and buy! I was the epitome of the “microwave generation.â€ I was living my life like a person who puts a frozen meal in a microwave and then three minutes later it’s done. For example, I bought a home before I was ready. I traded in paying $700 monthly for an apartment with all utilities paid for a $1,500 monthly mortgage where I pay for the electric, cable, gas, water, everything! We were already $25,000 in the hole and I went and built a home, adding to the debt. We moved into the house when it was finished and everything was going fine for about a year. Then my husband’s car needed repairs on a regular basis. Instead of fixing the car, we traded it in for a new one that cost $25,000. In a few short years, I went from being debt free with $10,000 in the bank to being $50,000 in the hole.

BlackEnterprise.com: Did you immediately create a plan to pay the debt?
Adams: It took me two and a half years to pay the debt off. Even though we were in debt, we would still go shopping on Black Friday. In fact, the year before, even after I was laid off and found out that we were in $50,000 of debt, I drove three hours down to Gaffney, South Carolina, and spent $300 on clothing for my one-month-old son! We went on trips and I sent my mother on a yearly trip as well. We bought clothes and shoes that we would later find in the back of our closets with the tags still attached. I bought a computer, printer, scanner, cameras, blender, etc. If I wanted it I bought it!