Woman Threatens to Kill School Kids With a Shovel 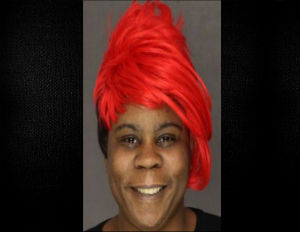 A Pennsylvania woman was charged with lewd behavior, stalking and harassment after she allegedly threatened to kill elementary school children at a bus stop near her home,Â The Patriot News reports.

According to police,Â Simone L. Brooks, 35, threatened to kill the children with a shovel and allegedly performed a “simulated strip teaseâ€ in a towel on her porch while yelling at them.Â Reportedly, two of Brooks’ own children were at the bus stop at the time of the alleged performance.