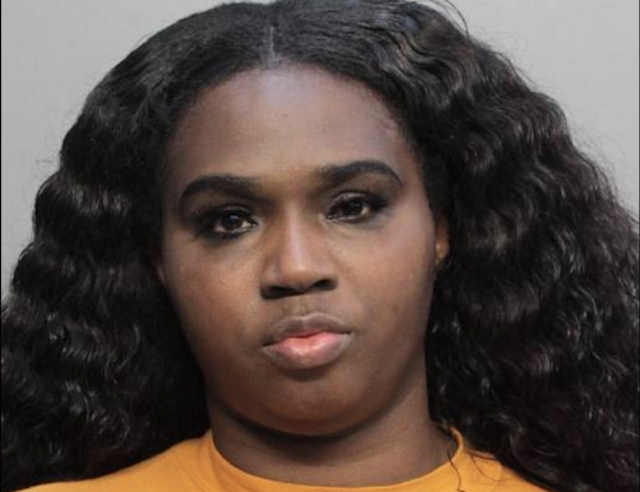 A woman in Florida is accused of using funds from a PPP (Paycheck Protection Program) assistance loan she received from the government to pay a hitman to kill another woman.

According to The Miami Herald, Jasmine Martinez utilized the money she received to help keep her small business running to hire someone to kill a woman. She has been arrested along with Javon Carter and Romiel Robinson. The three suspects are being held on charges related to the killing of Le’Shonte Jones and the attempted murder of Jones’s 3-year-old daughter. The crime took place on May 3, 2021.

Authorities stated the hitman hired to kill Jones was a Miami federal airport officer. Martinez paid the airport officer part of the funds she received from a PPP loan. Court records show the Florida woman withdrew over $10,000 of the $15,000 PPP loan she received last April. According to The Miami Herald, Martinez took the money out of her bank several days before the killing. The money was supposed to be used for her single-employee beauty salon.

On May 3, Carter, the alleged hitman, approached Jones as she stepped into her apartment in South Miami-Dade. The U.S. Transportation Security Administration officer was shot multiple times before dying. Jones was shot outside the Coral Bay Cove apartments after finishing a shift at Miami International Airport. Her 3-year-old daughter was injured in the shooting.

It’s been speculated that Jones was killed because she was a prosecution witness in a criminal case. The mother was a victim in an ongoing robbery case that involved Martinez. According to The Miami Herald, the two had several run-ins with each other over the years.

Attorneys for Martinez and Robinson claim their clients weren’t involved in the killing.

Robinson’s attorney, Jonathan Jordan, stated, “Romiel is and has been in custody well before this incident unfolded. This loss of life is tragic but Mr. Robinson had nothing to do with it. We look forward to reviewing all of the evidence and maintain he is innocent of these allegations.”

The suspects could face the death penalty as the Miami-Dade State Attorney’s Office plans to seek grand jury indictments for first-degree murder.