Meet the Women Who Have 13 McDonald's Franchises...and Counting 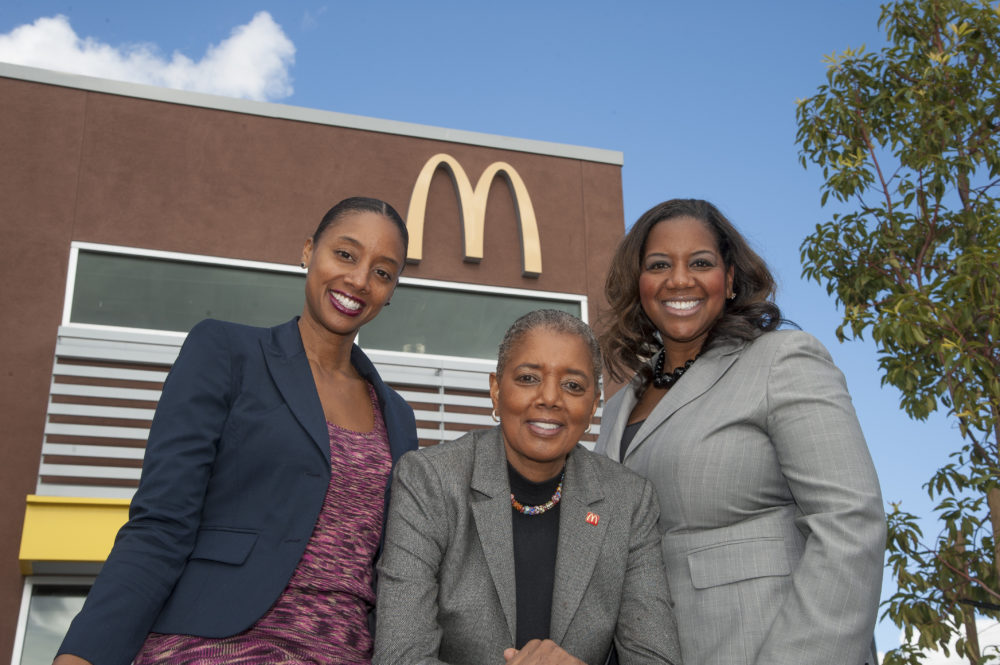 All sorts of images that come to mind when you hear the words “Compton, California”— “legacy” not being one of them. But, for Patricia Williams, Compton and the McDonald’s franchise has enabled her to build an empire of 13 locations across Los Angeles, employing over 700 people in the community. Not to mention, it’s also allowed Williams to work alongside her daughters, Nicole Enearu and Kerri Harper-Howie, who are already in position to carry on her legacy.

I had the pleasure of speaking with Enearu to learn more about her mother, their hugely successful chain of businesses, and plans for the future.

Entering the Lucrative World of Big Macs and Fries

Over 30 years ago, Williams was inspired by other family members who also owned a few McDonald’s locations. They encouraged her to take the leap, and leave her career as a Rehabilitation Therapist behind to become her own boss.  She and her husband, an LAPD officer at the time, cashed out their 401k’s and took out a small business loan to enter the world of Big Mac’s and fries, purchasing their first McDonald’s location in Compton.

Enearu said that it was all about being in the right place at the right time, for that first location.  I couldn’t agree more.  I talk with clients all the time about the pros and cons of purchasing an existing franchise, versus starting a new one.  It has to be the right deal; otherwise, you might realize you would’ve been better off starting your own. In this case, Williams purchased a great resale and began the process of becoming a certified McDonald’s owner. That process includes working in the store and taking required classes.

The first location proved to be quite successful, and because the McDonald’s brand was growing rapidly, the couple purchased a second store. Unfortunately, after the purchase of their second store, the marriage came to an end. Williams was passionate about the business, so she purchased her husband’s share. She continued to work hard, growing the revenue at both locations. Because both franchise locations were so successful, in 1995, Williams was able to sell those two stores—and purchase five more!

As they say, the rest is history.

Williams’ strategy for business growth consisted of a combination of acquiring existing locations and building new ones. In 2016, the business saw revenues of $49M, placing the Williams/Enearu Organization on the 2017 BE 100s list of largest black-owned businesses.

Enearu shared that, although part of the reason her mother started working with the McDonald’s franchise was as to build a legacy for her children, Williams never assumed her children would want to work for or even take over the business. She encouraged her daughters to go to college and pursue their dreams, which is exactly what they did. Enearu earned both a bachelor’s and master’s in psychology, then worked in that field for 10 years. Her sister, Harper-Howie, earned her bachelor’s, and went on to obtain a law degree, working in employment law for 12 years.

Each of the sisters reached the decision to enter into the family business at different times, motivated by different reasons. In 2003, Enearu felt burnt-out in her career and wanted to be her own boss. This was something she had always wanted in the back of her mind, especially after witnessing her mother’s success. Of course, Williams was happy to hear about her daughter’s decision. However, she was also quick to warn her that it would not be any easier than what she was experiencing in her previous career,  and perhaps potentially even more difficult.

With eyes wide open, Enearu went through the McDonald’s franchise training program for owners and purchased a store. Harper-Howie, on the other hand, had a child in 2012, which triggered her desire to have a business where she could leave a legacy—just like her mother. She transitioned over by providing legal council and handling various aspects of the human resources matters for her mother’s franchise locations. In addition, she entered into the second generation of McDonald’s franchise training for ownership program to also own her own store.

The Secret to Building Their Franchise Empire

Since 700 employees is clearly a large number of people, I asked Enearu how they managed their staff, and she expressed that the key is hiring good people. Her mother has always valued people and made employees her focus, which the sisters continue to do to this day. If you make sure your employees have everything they need to do their job well, and treat them well, things become easy.

“The employees value themselves and the opportunity we’re providing them,” Enearu said. Praising the hard work of their staff, Enearu then notes that the dedication of their managers, who have an average tenure of 15 years. Managing three to four restaurants each, with just one director of operations tying them all together, being a supervisor is no easy task either.

As for future of the Williams/Enearu Organization, Enearu explains that they are committed to the McDonald’s brand and have no plans to expand to any others. Rather, they hope to continue growing by acquiring additional locations as they become available, if it happens to make logical business sense at the time. Being a successful part of the McDonald’s family gives them the opportunity to learn about other owners that may also be interested in selling, or find out about new, prime real estate that is ready to be developed.

For those who are considering possibly making the move to business ownership, Enearu advises:

Enearu says she has no regrets about leaving the career. In fact, she’s grateful for the experience and what she learned, as it was great preparation for learning how to deal with people. It also gave her the confidence to accept the role as the first female, African American Chair for the McDonald’s Southern California Regional Leadership Council.

This is a continuation of Patricia Williams’ legacy as an active participant in the company and the community, which includes membership in the National Black McDonald’s Operator’s Association (NBMOA), the National Coalition of 100 Black Women, the NAACP, Black Women’s Network, several Chambers of Commerce organizations, and numerous other business and civic organizations.