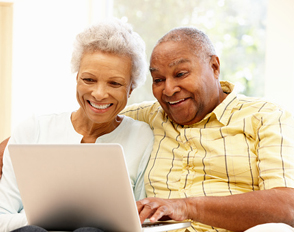 Women age 65 and older are much more likely to face financial hardship in retirement than their male counterparts–and older, minority, and unmarried women are at greatest risk of being impoverished.

This is according to findings in a new report by the National Institute on Retirement Security that takes into account out-of-pocket medical expenses and other factors in addition to income.

Women are 80% more likely than men to be poor at age 65 and older. For women age 65 and older, their typical income is 25% lower than men. As men and women age, men’s income advantage widens to 44% by age 80 and older. Senior women who never married have a high poverty rate at 29%; senior men who never married have a poverty rate of 21%. As women get older, they also become more likely to live in poverty, 17% of women between the ages of 70—79 and 22% of women 80 and over are in poverty. Meanwhile, men in these age groups have a poverty rate of 11% and 17%, respectively.

Many Americans rely on savings in 401(k)-type accounts to supplement Social Security in retirement. However, 401(k)s have failed most American workers, according to the Â EPI’s new report on the state of American retirement. While the retirement gap between men and women is shrinking, the reality is that neither men nor women are able to save enough for retirement. Women also remain much more vulnerable in retirement because they live longer (and therefore must save more), are more likely to fare worse if they are divorced, widowed, or have never been married, and have lower career earnings.

According to the EPI, in the future, the poverty rates for both men and women is to rise due to cuts to Social Security–the gradual increase in the retirement age–and declining pension benefits. 401(k) accounts have largely replaced pensions in the private sector, but most people—particularly those in the bottom of the income distribution–have far too little in these accounts to make much of a difference in retirement.

It comes as no surprise that more women and men are working well into their retirement years. It’s also not surprising that thousands of retirees and near-retirees are becoming entrepreneurs as a means of survival. According to the Kauffman Foundation, the 55- to 64-year-old age group represents almost one-quarter of new entrepreneurs today, compared to 14.3% just 20 years ago. Starting a business after age 50 can be very risky but it can also be very rewarding for those who are able to channel the skills and leverage the networks they developed throughout their careers. In fact, the U.S. Small Business Administration provides 10 resources for those starting a new business after 50.