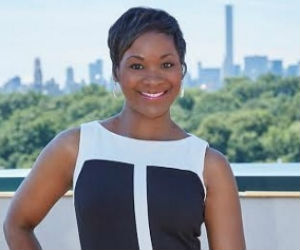 The last several years have generated an influx of public curiosity in real estate. As I mentioned in the interview with real estate veteran Vie Wilson, numerous reality shows showcase the work process of mega agents, whose daily, professional routine focuses on luxury residential sales. And, society’s curiosity about the super competitive world of buying and selling luxury properties does not seem to be ending any time soon.

Black Enterprise spoke with Ayo Haynes ofÂ Halstead Property, a former actress that now works as a real estate agent, and has been doing so for 10 years. She also appeared as a real estate agentÂ on the sixth and seventh seasons of HGTV’s Selling New York, the nationally viewed, real estate-focused reality series. Haynes is a high-spirited, top earner that enjoys development and seeking new possibilities inÂ areas that are currently undervalued, but are a sure bet to become tomorrow’s most sought after neighborhoods.

Welcome to the second part of this three part series, in which Haynes discusses how to best navigate the world of real estate as a professional.

BE: How long have you been in real estate? What led you to this career choice? What part of town do you cover?

AH: I’ve been in the business for 10 years. I actually started as an actress looking for extra money to fill in [between] acting jobs.

I have an entrepreneurial spirit. I went to business school, and I got my B.A. and M.B.A combined within five years from Bentley. I started with one of the top brokers in real estate at Halstead as his assistant.

I currently have listings on the Upper Westside, Harlem and parts of the Bronx.

BE: What are a few of your greatest successes in real estate?

AH: My biggest successes have come from working with new developments as a New Development Specialist. My most recent project was 4- unit boutique condominium, in Hamilton Heights, where I handled everything from property pricing, helping to select fixtures, layouts of floor plans and so on.

BE: What are the challenges you’ve face in general and as an African American woman?

AH: Generally you are your OWN company basically. You are an independent contractor within an agency–you are a cook, chef, bottle washer, unless you have a team. In my case, I have Haynes Realty Group, a legal entity. Â My Haynes Realty Team is actively looking for agents to join the team.

As an African American woman, I grew up playing tennis, so I know the business connections that come from world of “exclusive” recreational sports. The connections and deals that are done on the golf course around real estate are substantial.

I don’t happen to play golf, therefore the opportunity to play with developers outside of the usual business settings are minimal. That can definitely affect your bottom line. Using baseball as an analogy, I have fewer times at bat. So, when it’s my turn, I have to hit a home run every time. I’m not afforded the luxury of hitting a “single” or a “double”–like my white counterparts that also specialize in new development–even though it’s a market I helped grow to where it is today and know like the back of my hand.

AH: If you’re interested in real estate, the number one thing to do is to take your courses and try partneringÂ with someone who is knowledgeable. I would not suggest going into a company and building your business from zero.

Also, have money saved in the bank to pay your bills, make yourself available to experienced brokers, and don’t be afraid to say that you are a new agent.

Check out Ayo Haynes in action hereÂ via her official video link.