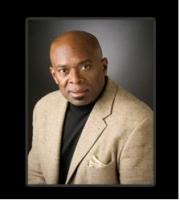 Today I had the opportunity to speak with Lionel R. Shockness, one of two executive career coaches at the Women of Power Summit. Shockness, is the founder of Shockness Consulting, a coaching service, and has been a coach for more than 16 years. During the summit, he assisted at least 18 women in sessions that lasted 50 minutes each.

BlackEnterprise.com: What’s a typical session like?
Lionel Shockness: One of the things I do is ask the client “how do you see yourself as a leader?â€ It is a thought provoking question because it forces the person to look at her life. It helps her create a purpose.

Why? Is that because people may be embarrassed by their situation?
Isolation is a killer. You need have people who you can talk to [in good times and in bad].

What is the recurring theme that you’re hearing from women?
There are three things I’m hearing that attendees are seeking:
— They want to develop and utilize more leadership acumen.
— Maximizing their performance and productivity
— Advancing in their career and getting a promotion.

One of the things that I tell them is to create more visibility for themselves. I’ve only seen one woman so far who has been laid off.

What advice do you have for people who are trying to reposition themselves?
Have a strong resume. I tell them to take a look at their resume and what they see is the story of their lives. The resume highlights their capabilities and strengths that have gotten them to the current point in their career. And those are the same capabilities and strengths that will get them to the next job or work situation.

The Women of Power Summit runs Feb. 11-14 at the Ritz-Carlton, Grande Lakes in Orlando, Florida.

Small Business: Growing in a Downturn