Why More Women Should Be Introduced to Tech Careers 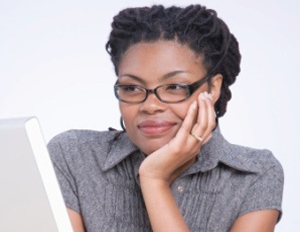 If the average person were to list, off the top of their head, top tech leaders, it’s quite likely the list does not include women since oftentimes many female tech leaders are not widely known. STEM industries continue to grow, yet there is a significant lack of young women who know about it as a viable career option. Adrian Ott of Fast Company remembers her discovery of tech as a career when in high school, and advocates for more access to tech role models for youth in schools. She writes:

It’s well documented that girls need more exposure to tech and science careers–they also need more female role models. Why is it that we can easily name legends such as Gates, Jobs, Dell, and Zuckerberg for their technical contributions? Yet most people cannot name the woman who saved millions of lives by inventing Kevlar (Stephanie Kwolek). Or the Nobel Laureate who invented radioimmunoassay (RIA) testing that revolutionized medical research (Rosalyn S. Yalow). Or the woman who founded the first word processing company, Redactron, in 1969 (Evelyn Berezin).

These women deserve to be widely known for their significant contributions. But most importantly, our daughters need female role models.

This Thursday marks the 20th anniversary of Take Our Daughters and Sons to Work Day. No doubt, it is a fantastic initiative. However, in 2013 many freelancers and entrepreneurs work from home. And many employees don’t work in offices anymore.