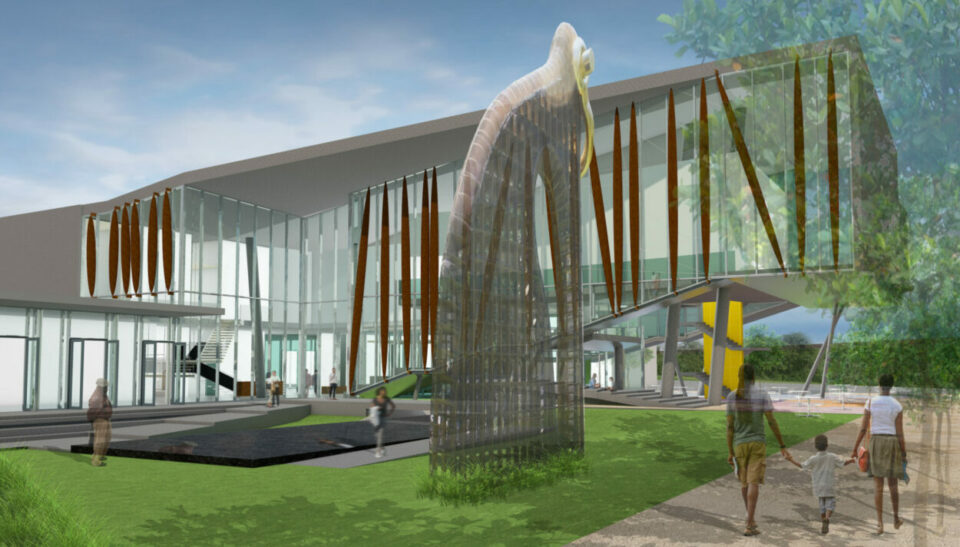 The Woodson African American Museum Of Florida has announced plans to move to a new facility that will become the first new landmark construction in the state of Florida dedicated to African American arts, culture and history.

The museum revealed its plans for the 5-acre plot of land recently donated by the city of St. Petersburg, and the $27 million project that will establish the museum in its new home. Huff + Gooden Architects, a Black-owned firm, will helm the development of the new facility in partnership with Wannemacher Jensen Architects, reports I Love The Burg.

The new location sits in a neighborhood known as The Deuces, which was the commercial center of St. Pete’s Black community during segregation. In addition to allowing the Woodson to expand to nearly ten times its current size – from a 4,000-square foot rental office and community center to a state of the art, 30,000+ square foot facility – the new construction will also allow the museum to expand its programming.

To bring the new facility to fruition, The Woodson has partnered with the Pinellas Community Foundation, an organization dedicated to offering resources and support to people and non-profits in Pinellas County. According to the Tampa Bay Times, the foundation has donated $86 million to over 400 charities since it was founded in 1969.

“The African American experience in St. Petersburg and our country has too often been ignored, an after-thought, relegated to a space that limits or narrowly defines its impact rather than boldly celebrating its importance,” said the foundation’s CEO Duggan Cooley. “A purpose-built museum for African American history and culture raises the prominence of The Woodson and all that means to our community.”

Formerly known as The Dr. Carter G. Woodson African American Museum, the facility first opened its doors in the St. Pete neighborhood of Jordan Park in 2006.

The museum is still in the fundraising stages for its proposed expansion.