Woody Gets It! Video Shows Little Black Girl Gets A Hug From Toy Story Character At Disney World 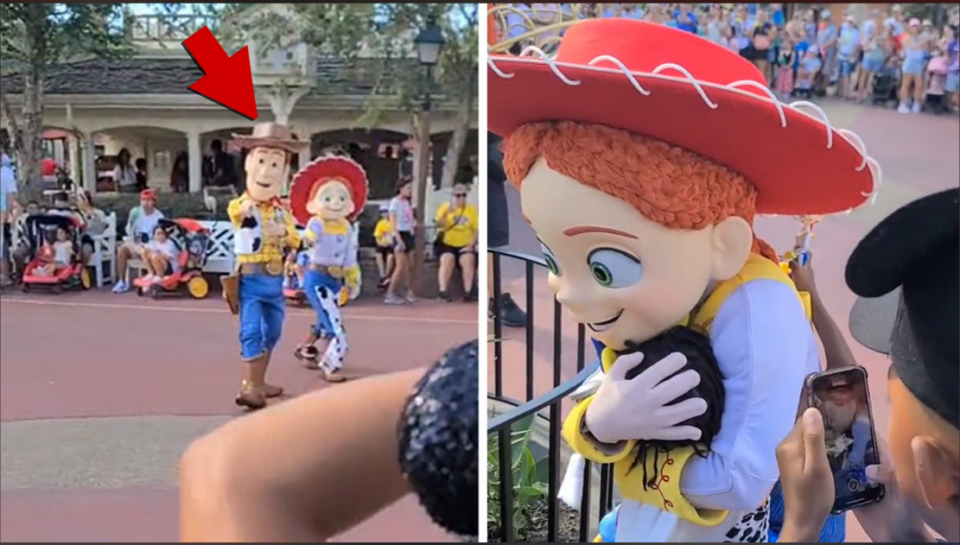 Social media can be the bearer of bad news, but in a recent case, a positive video is spreading like wildfire. It shows Woody, a character from the Toy Story franchise going out of the way to engage Black children cheering along a parade route at Disney World.

A proud father who took his kids to Disney World, shared an adorable video via TikTok celebrating his daughter Hayvn getting a hug from a costumed Jessie mascot — all thanks to Woody understanding the assignment.

Before the surprise hug, Woody and Jessie are seen waving and engaging with the crowd until Woody spots a group of cheering kids from the sideline.

Woody caught Jessie’s attention and directed them to the group, which so happened to be where Havyn and her little brother were waiting. Jessie cheerfully ran over and embraced little Havyn while her father caught it on camera.

To date, the video has reached nearly 2 million views with over 342,000 likes and 4,300 comments. Viewers have since shared the proud moment on Twitter, prompting conversations about other stories.

“This was after the meeting in HR I’ll bet,” a user wrote.

“They ain’t trna make the same mistake,” another chimed in.

Hilariously, comments also gave props where it was due.

“Woody said ‘they not going to cancel us,’” another chimed in.

“Woody: ‘go say hi to them kids before we end up like Elmo and them,’” a third user added.

“Sesame St would never! That’s why Disney is Disney!,” a fourth exclaimed.

On Twitter, @SomaKazima posted the TikTok video, which has reached over 4 million views. And the comments continued to flood in with excitement and humor.

Woody always been my guy since 95 pic.twitter.com/oWayyzJ4FI

And that’s all it takes, pay attention to all these kids there. Their parents are paying an arm and a leg to take them, give them the service they paid for.