Workforce Cast Offs Can Find Resources in the Social Net 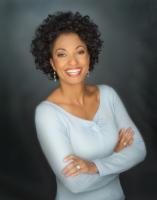 Everyday the employment news is getting bleaker: Bank of America Corp. announces it plans to reduce its workforce by 35,000 over the next three years, Office Depot Inc. puts 2,200 jobs on the chopping block, and Yahoo! Inc. terminated 1,500 people last Wednesday. In November alone, the U.S. Department of Labor said 533,000 American jobs were cut. Those numbers capture the jobs lost, but not the lives that have been broken.

Rene Syler, who was fired from her job as co-anchor at the CBS News Early Show two years ago, realized that within the ranks of unemployed workers there is a community waiting to be put to use. So, upon hearing the sting of fear and pain in yet another acquaintance who had been let go, Syler decided to start the social networking site Ivebeenlaidoff.ning.com.

“Having been there, I do understand and can relate to the hurt, shock, incredible disappointment and fear that people are going through,â€ says Syler, who launched the site Dec. 5.

The Department of Labor estimated earlier this month that 1.9 million jobs have expired since the beginning of the recession, which economist say began in December 2007. In the face of such a daunting outlook, Syler sought to establish an online environment for the unemployed to feel safe talking and venting, while sharing ideas, potential job offers, and advice. Eventually, she plans to address some of the practical aspects of looking for work.

Last week Syler posted a Q&A with Janet Taylor, a psychiatrist and the multicultural editor of BeWell.com, who discussed the stages of emotional devastation after losing a job.

“People are more apt to listen to info when it comes from someone who has been there instead of an ‘expert,’ â€ explains Syler. “You can get people who are on both sides of the coin. There are a number of people on the site who haven’t been laid off, but they are fearful or know that it could happen to them. The ones who are [unemployed] now can look to the ones who have been there to shepherd and guide them through.â€

Syler’s site could be very beneficial to those who need to talk out their experience with others as long as it is done in a way that is productive and it is not a pity party, says Annya Lott, careers editor for Black Enterprise.

“Clearly being unemployed right now is really scary. Seeking emotional help to work through the doubt, fear, and anxiety is really important,â€ says Lott. “So of course you want to update your resume and sharpen your interviewing skills, but all of the external stuff you do to get employed you also need to do internally.â€

Syler used ning.com, a do-it-yourself social network because the Ning template was easy to set up and the price was right–free. She plans to launch a dotcom later when she gets more time, but social networking sites are so popular it might not be necessary. LinkedIn,