That's a Wrap on the 2016 Black Enterprise TechConneXt Summit 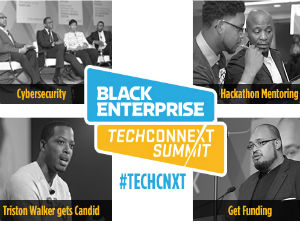 It’s officially a wrap on the 2016 Black Enterprise TechConneXt Summit and to call it a success would be a complete understatement.

Who’s who of the tech industry gathered at the San Francisco Marriott Waterfront Hotel in Burlingame, California where attendees embarked on a journey through all things innovation, opportunity, and diversity in technology.

Though the Summit was based in Silicon Valley, influencers from all over the nation came together to bring their expertise, ideas, insight and advice to over 500 eager attendees.

In addition to those who attended the conference to learn, connect, and be inspired, 4 students from 10 top HBCUs also attended to participate in a 4 day BE Smart Hackathon, sponsored by Toyota. Throughout the Summit, these students were charged with the opportunity to hack away while competing to create an infotainment app to be judged by industry insiders. This year, the students from North Carolina A&T University took home the highest honors having created an app that helps one find all things black anywhere they are in the nation. Â

Be on the lookout for videos and photos from the event and be sure to check out #TECHCNXT on social media outlets to get a glimpse of what you missed.

Already looking forward to seeing you in Silicon Valley next year!