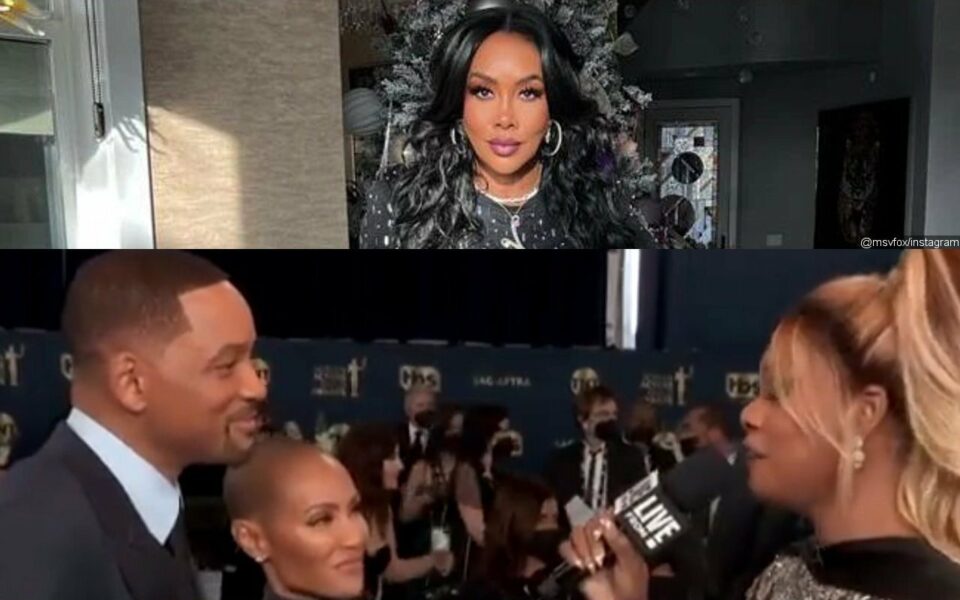 On Sunday, an awkward interview on the red carpet at the 2022 SAG Awards went viral and left actress Vivica A. Fox with a bone to pick.

The star-studded red carpet was hosted by Laverne Cox, where she stunned in a metallic sheer dress and interviewed several heavyweights in the industry, including Will and Jada Pinkett Smith.

As BLACK ENTERPRISE previously reported, just before the ‘King Richard’ lead actor won the first SAG Award of his career, Cox stopped the couple to thank them for “for all the years of joy you’ve brought us.”  The “Orange Is the New Black” actress continued to say she “can’t wait for more ‘Red Table Talk’ and more entanglements,” referring to Jada’s extramarital affair and popular Facebook series.

While many people found the joke to be comical, the hosts of “Cocktails With Queens” weighed in on the viral moment during its latest episode and Fox, one of the co-hosts, didn’t find Cox’s joke to be funny at all.

“Talk about wrong place, wrong time,” Fox said. “… As [Jada’s] standing next to her husband, who is absolutely in line to win an Oscar for playing the role of Richard [Williams] in the Venus and Serena Williams’ story, King Richard… I just thought it was tacky.”

Fox added that Cox seemed to be pulling a viral moment stunt, but said when “you’re climbing the ladder of success” you have to be careful “who you choose to insult.”

“Because darling, please remember that Will Smith and Jada are a power couple. They do a lot of work, they’re very well-connected,” she explained. “There are people that now, when you go on the red carpet, they’re gonna walk right past your a**, quickly.”