WTF? You Can Go To Hell Kim Burrell 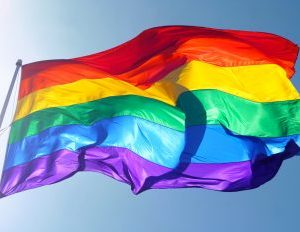 I first learned of Kim Burrell’s fiery sermon against same-sex love–calling it “perverted” and an “embarrassment”–through Waddie G, creator of G-Listed, a blog of urban pop, LGBT, and social cultures. He took to task the Grammy-nominated and Stellar Award-winning gospel singer and pastor for her homophobic comments. Waddie was rallying people to keep Burrell from appearing on The Ellen Show. She was scheduled to perform “I See a Victory,” a song on the Hidden Figures movie soundtrack. Ellen DeGeneres, a lesbian no less, dropped Burrell as a guest.

The controversy started when aÂ video of Burrell surfaced last week with her stating, “I came to tell you about sin. That sin nature, that perverted homosexual spirit, and the spirit of delusion and confusion, it has deceived many men and women. You as a man, you open your mouth and take a man’s penis in your face, you are perverted. You are a woman and will shake your face in another woman’s breast, you are perverted.â€

Yet, obviously, Burrell doesn’t have a problem making money off of perverted lesbians and gay men because apparently she has been featured on out singer Frank Ocean’s track, “Godspeed.â€

Burrell claims that she does not hate LGBT people. She said on Facebook Live that she has never discriminated against gays and lesbians. “I came on because I care about God’s creation. And every person from the LGBT and any other kind of thing that is supporting gay, I never said LGBT last night, I said S-I-N.â€ Burrell went on to say, “I love you and God loves you, but God hates the sin.â€

WTF! Same ole, same ole hypocritical theological hate speech clouded as a sin sermon. When’s the last sermon you heard about “if a woman opens her legs and lets a man who is not her husband penetrate her then she is perverted? And, if that said woman bears a child outside of wedlock she is perverted, and the very existence of that illegitimate offspring is an abomination that is damned until the 10th generation.â€ Hey, this is not hate speech about unwed mothers just pointing out how God hates the sin of fornication and bastardization. You feel me, right. If you believe the innocence of that statement I have a deed to the Brooklyn Bridge that I wish to sell to you.

In a Facebook video post, Waddie G of the G-Listed commented on Burrell committing the sin of indulgence, talking specifically about gluttony and pointing out the fact that Burrell is obese. Hey hold up, he’s just hating on the sin of gluttony–overeating or overdrinking–and not making fun of Burrell by indirectly insinuating that she is an extremely fat and grotesque black woman because that would be cruel and hurtful commentary.

KTRK reports that the HBCU Texas Southern University is ending Burrell’s radio show “Bridging the Gap,â€ which airs Sunday afternoons on it radio station KTSU. The weekly show debuted in June 2016 and promised to give her fans and new listeners a mix of encouragement and entertainment. This was the first venture as a radio host for Burrell, a Houston native, to display her “unique take on music, life, and society,â€ according to a station press release. The Houston Chronicle also reports that Burrell’s television talk show Keep It Moving with Kim BurrellÂ on the CW is no longer listed on the station’s log. The show started in September.

Gospel singer and Pastor Shirley Caesar came to Burrell’s defense by stating, “You should’ve said something four years ago when our president made that stuff alright.” Again, WTF? President Obama and the Supreme Court protected the rights of LGBT people–one-third of whom identify as people of color–to access healthcare benefits to joint parenting to transferring wealth.

Instead of hiding behind religious ignorance, people need to respect the civil, social, and humanÂ rights of others, especially those pastors who are from the school of theology that supports LGBT people being punished. In 10 countries that means murder. Where homosexuality isn’t punishable by death it is illegal in 73 other countries.

Much love–one love–to those artists who appeared on the Hidden Figures soundtrack with Burrell that have spoken out against her, including Octavia Spencer, Janelle Monae, and Pharrell Williams who wrote, “I condemn hate speech of any kind.â€

The views and opinions expressed in this article are those of the individual author.