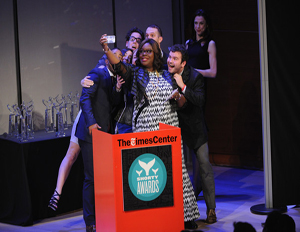 Comedian and actress Retta at the 2014 Shorty Awards (Image: File)

On April 20 at the Times Center in New York City, the 7th Annual Shorty Awards will honor the best of the best of social media, from Facebook to Twitter to Vine and beyond. This year’s host is actress and comedian Rachel Dratch, and confirmed presenters include Wyclef Jean and Kevin Jonas.

Popular band Panic! At the Disco will also perform, making it one of the band’s first performances since drummer Spencer Smith officially left the band after 10 years, according to Billboard.

For more information on this year’s event, visit www.shortawards.com.