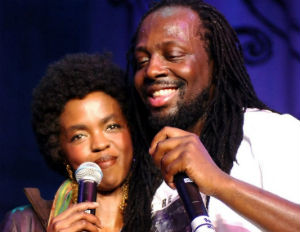 Wyclef Jean, who has been pretty candid about his ill-fated affair with his former Fugees bandmate Lauryn Hill in recent months, said in a new interview, that their relationship was fueled in part by his “Caesar complex” and that he was “devastated” to learn that he was not the father of the singer’s child.

“My African King ‘I can have five, six women at a time,’ and then being a rock star…at the time, these are all the components that lead you blind and make you think you own the world,” Jean told NPR’s Tell Me More. “And then karma strikes.” Jean was involved with his current wife during his affair with Hill.

The rapper and producer attributed the major commercial success of the Fugees’ second album, “The Score,” to his secret relationship with Hill. “There was romance. There was passion. There was love. There was lust,” he said. But he said the revelation that Hill’s child was not his dealt a fatal blow to the chart-topping group. “Once that happened, it just broke up that fusion of whatever it was. It was like, we are clear that that can be no more.”

Hill has earned a reputation for sometimes erratic behavior, like being chronically late to performances and getting into testy exchanges with concert-goers. The Grammy-winning singer is facing possible jail time after she pleaded guilty this summer to charges that she hadn’t paid taxes for years.

But Jean feels like his candor about their involvement could actually help her. “You’ve read me on the Internet sometimes. I say ‘yo, I feel like she’s imbalanced [sic.], she’s bipolar at times’, and I feel people around her have her like that so that they can control her. So I’ve always been vocal and honest…if this thing leads to her writing a book…it would make me feel very happy.”