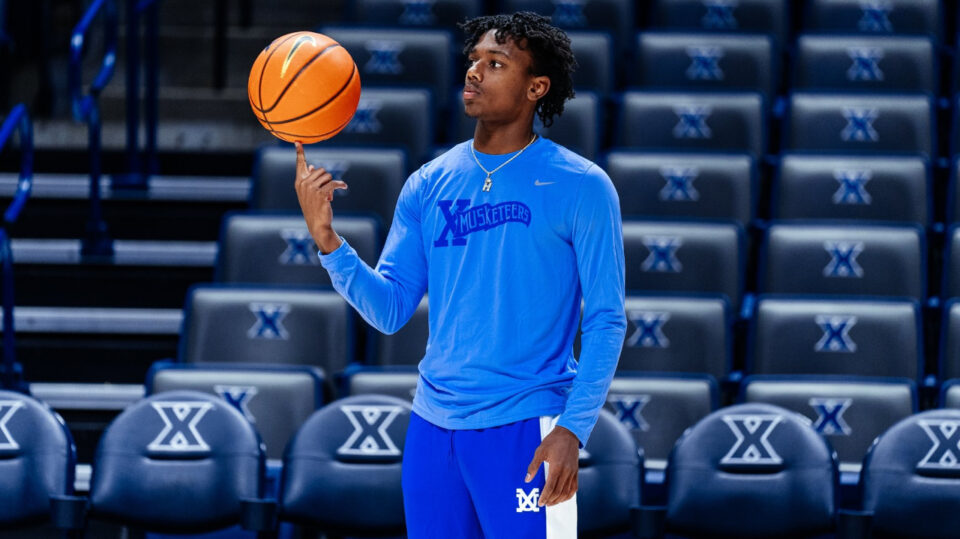 Hercy Miller, the basketball-playing son of hip-hop’s Master P, officially joined another collegiate team when he signed on to play for Xavier University this week.

Earlier this week, on Dr. Martin Luther King’s birthday, Miller posted an acknowledgment of the change of universities to his Twitter account.

According to The Enquirer, Xavier University head coach Travis Steele has confirmed that Miller has joined the basketball team as a walk-on player.

“He transferred in from Tennessee State where he was playing this year as a freshman, got injured and then I think he just decided he wanted to try to experience something different in college basketball,” said Steele. “So he’s joined our team as a walk-on. He’s a great young man, comes from a really good family.

“He’s going to add a lot to us. I always say this with walk-ons, man, they help our team immensely prepare for every opponent and Hercy will do that once he gets healthy.”

Since he is a midseason transfer, he won’t be eligible to play until the upcoming 2022-23 season.

Late last year, according to The Nashville Tennessean, Master P announced that his son, Hercy, would be transferring from the Tennessee State University basketball program because he felt that the school lacked the medical resources within the athletics department. Based on the resources other non-Black schools have access to, he felt TSU couldn’t compete with other universities with sports programs.

At the first game of the season for the TSU basketball team on Nov.9, Miller suffered a hip injury. Master P feels his son did not receive the proper medical attention needed after suffering the injury in the game against Alabama A&M. An improper diagnosis almost led to the end of Hercy’s playing career, he said.

Miller was shut down for the season on Nov. 30. He averaged 10.2 minutes in six of TSU’s first seven games and averaged 2.0 points and 0.8 rebounds per game.