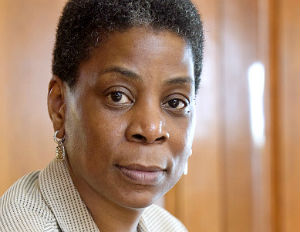 “These two companies will be well-positioned to lead in their respective rapidly evolving markets and capitalize on the opportunities that now exist to expand margins and increase market share. I am confident that the extensive structural review we conducted over the last few months has produced the right path forward for our company. We will now position the companies for success and execute our plan to separate them in the shortest possible time frame while continuing to focus on achieving our 2016 goals,â€ added Burns.

Xerox also reported its fourth-quarter earnings.Â Revenues were $4.7 billion in the quarter, down 8% or 5% in constant currency year-over-year. Annuity revenue was 83% of total revenues. Fourth-quarter operating margin of 9.2% was down 1.2 percentage points from the same quarter a year ago. Gross margin was 31.3% and selling, administrative, and general expenses were 19.0% of revenue.

“We delivered solid performance in the fourth quarter, with earnings that were above our expectations, as a result of the progress we are making across both segments in optimizing our operating models,â€ said Burns.

“In the face of a challenging environment, our Services segment drove sequential improvement in margin and double-digit year-over-year signings growth. Similarly, Document Technology was the industry equipment sales revenue market share leader for the 24th consecutive quarter and, through our continued focus on performance and productivity, maintained its strong margins.”

“Looking forward, we will continue to take actions that deliver value for shareholders and clients. This is reflected in the plan we announced today to separate into two market leading companies and implement a $2.4 billion strategic transformation program. We will do what is right to position our company for success through a focus on transforming our operations and optimizing our structure,” Burns added.

The Wall Street Journal reported that business mogul Carl Icahn, who is the second largest shareholder of Xerox, will have three board seats on the services division.

“We think this is a major move and will greatly enhance shareholder value,” Icahn said in an interview with CNBC. “I have had several meetings with [CEO] Ursula Burns and applaud and respect her for doing what she believes shareholders want–just as John Donahoe did withÂ eBayÂ andÂ PayPal.”

Xerox and Carl C. Icahn announced today that they have entered into an agreement related to the governance of the Business Process Outsourcing (“BPOâ€) company that will be created as a result of the planned separation of Xerox into two independent, publicly-traded companies.

“We are pleased to have reached an agreement with Mr. Icahn that ensures that we will have strong leadership and best-in-class governance for the new Business Process Outsourcing company that will be created by our separation plan,â€ said Ursula Burns.

Black Enterprise reached out to Xerox and asked if Burns would remain CEO of both divisions. This was the response from Xerox:

“Ursula is focused on delivering on Xerox’s 2016 plan and executing the separation and strategic transformation plan.Â  These are all value creating activities for shareholders and vital to our business and Ursula and the management team are dedicated to making them happen. Part of the separation process is determining the leadership of both the companies, including Ursula’s role. She will discuss her recommendations with the Board at the appropriate time. ”