Yahoo to Fire Over 1,000 Workers and Close Offices 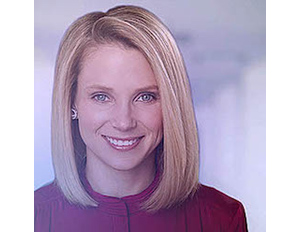 Yahoo reported its fourth-quarter earnings on Tuesday. The company made total revenue of $4.9 billion last year, but also suffered a $4.4 billion loss in the last quarter. During the earnings call, the company revealed it would lay off almost 1700 workers and close five offices around the globe.

“We continue to be encouraged by the performance of our Mavens investments, which in 2015 alone, grew to about a third of our GAAP revenue — $1.6 billion dollars.”

Fortune’s Geoff Colvin criticized Mayer’s statement as optimistic spin masking the fact that the company is in trouble.

“In the universe inhabited by the rest of us, the earnings report showed the lowest revenues since she arrived as CEO 3 Â½ years ago,â€ wrote Colvin in his column for Fortune.

“In saying that her plan ‘will dramatically brighten our future,’ and in telling the WSJ that she’s ‘very much looking forward to the turnaround plan that I have presented today,’ I doubt she’s persuading anyone that the plan will get much of a chance to work before other owners impose plans of their own,â€ Colvin further wrote.

Mayer has been the subject of criticism since she began her tenure at Yahoo as CEO. One of her first actions as the boss was to ban employees from working from home, while she had a nursery built in her office for her then expected child.

Last year, a lavish Wizard of the Oz-themed holiday party caused some side-eyeing as it was reported that the estimated $70,000 price tag for the event left a bad impression on employees.