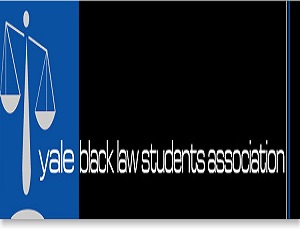 Political activists, community leaders and youth around the country are continuing to speak out and take action against Ferguson’s grand jury decision to not indict officer Darren Wilson.

The latest group of youth leaders to express their outrage in the decision is a group of black law students from one of the nation’s most prestigious schools. In a statement released to the Huffington Post student leaders from Yale Law School’s Black Law Association open up about what the Ferguson decision means to them and how they will work with other communities to demand a federal review of the case.

“We, the students of Yale Law School’s Black Law Association (YBLSA), have come together to express our irrepressible sadness, outrage, and indignation at Monday’s announcement that officer Darren Wilson will not be indicted in the murder of Michael Brown,” the students wrote in the opening of their statement.

“We are outraged to see that separate and equal codes of conduct, nightmares we hoped were relegated to our forefathers’ generations, persist today,” the students continued. “We are outraged because, somehow, it is permissible in a legal proceeding in 2014 to describe an unarmed young Black man as ‘a demon,’ reviving the same racialized stereotype that justified Southern Redemption, Jim Crow, andÂ  other forms of racial domination. This description ripped Michael Brown not only of his humanity, even in death, but also of the justice due to him. He deserved better. So do we.”

The students continued their statement by pointing out the countless other black lives lost during the 100 days it took for the grand jury to decide whether or not to indict officer Wilson, citing, “We are indignant because the legal system was not only idle in responding to the heinous wrong done to Michael Brown, Jr. but also complicit in its cover-up.”

The leaders of YBLSA closed out their statement demanding an indictment of Darren Wilson at the federal level and saying that it is their duty as lawyers, citizens and Black Americans to help reform our nation’s justice system.

To read the student’s statement in full head to HuffingtonPost.com.