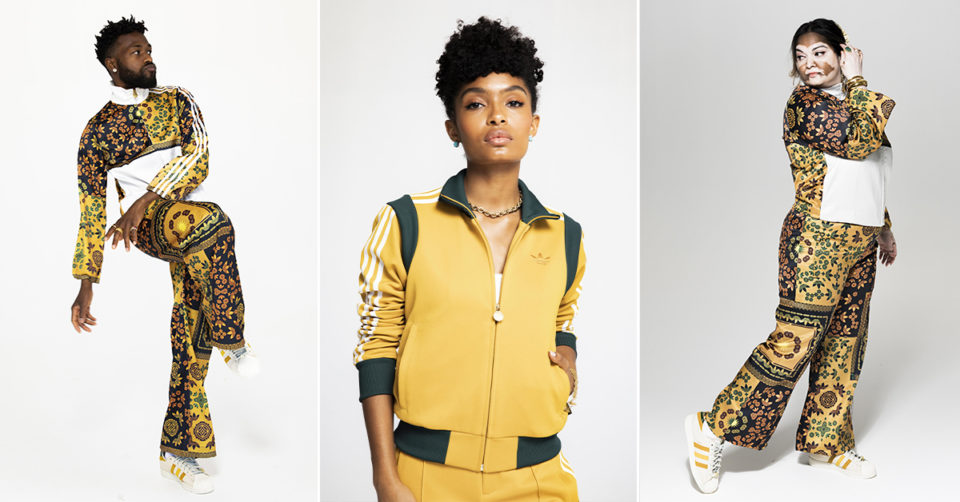 Grown-ish star Yara Shahidi is set to celebrate her Black and Iranian heritage through a new sportswear collection with Adidas.

The multifaceted star has shown she’s more than just a pretty face through her executive producer and starring role on the Black-ish spin-off as well as her activism for women’s rights and social justice issues. The Harvard University student found a way to represent her ethnic pride in the five-piece collection she designed for Adidas.

“My first instinct was how do we honor the past in a way that also pays homage to the future,” Shahidi told Harper’s Bazaar. “The one thing that I wanted people to take away was even though a lot of these details are specific to my own growing up and the things that impacted me, the entire campaign is about how we re-create our heritage. I’m constantly figuring out what it means to me to be Black and Iranian—it’s ever changing.”

The line includes two jackets and matching track pants, along with a pair of Superstar sneakers. Farsi script is embroidered into a few of the pieces that display bold yellows, greens, and Adidas’ signature three stripes.

“Whether it be the old-school varsity track jacket that has some Farsi on it or even my Superstar sneaker, which has the writing that goes right to left, even though it’s in English, which is the way [a lot] of the world reads,” she said of her design process. “I had a lot of fun putting it together, because it represents where I’m at and the process that I think we all go through in figuring out how we mix two things that are of extreme importance to us.”

She drew inspiration from her mood board that included some iconic figures in music like Bob Marley and Prince, who she had the pleasure of growing up around due to her father’s work as a photographer.

“There’s also pictures of musicians, I love moments in history and iconic imagery from around the world. Prince, of course [was on a board],” she shared. “I think being lucky enough to grow up in his presence, even peripherally with my father as his photographer for some years, I always grew up just aware of his impact.”

Shahidi took to Instagram to announce the collab telling her fans “Y’all knew this was coming.”