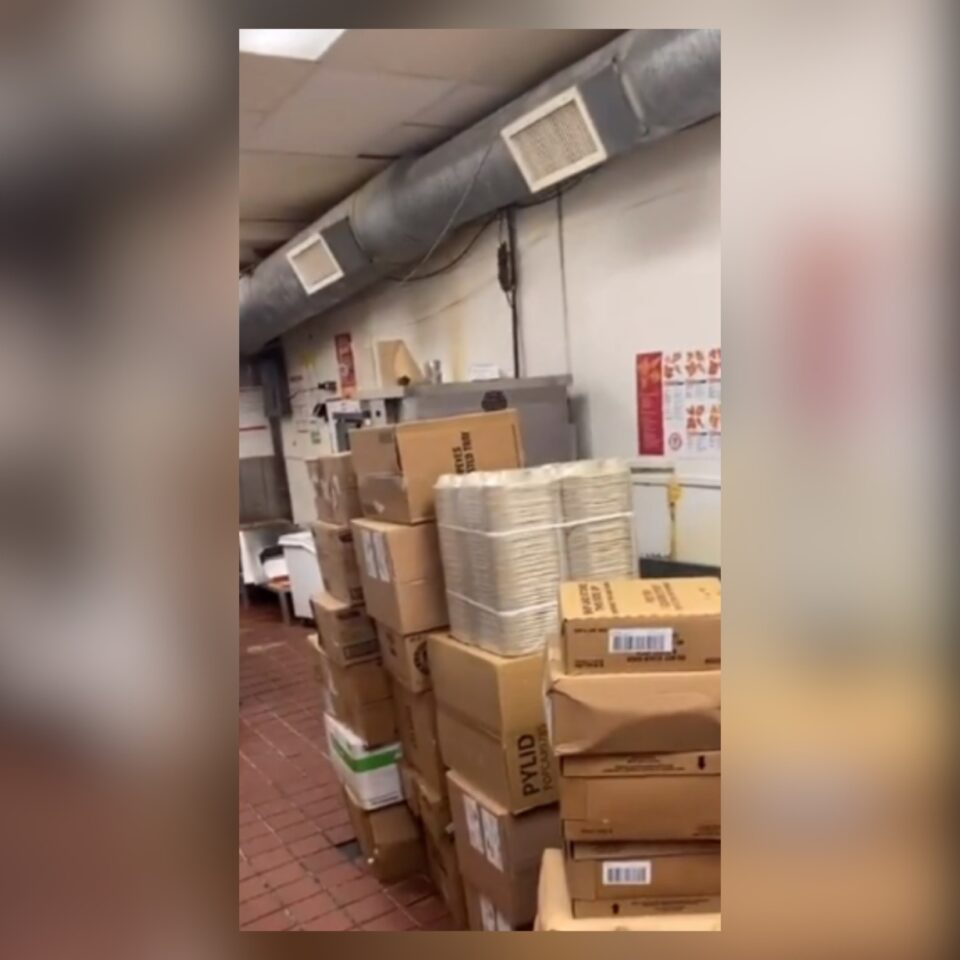 Hold your stomachs and pop some Pepto because a viral video of a Washington, D.C., Popeyes Louisiana Kitchen restaurant filled with rats in its kitchen, might just make you hurl.

According to Fox5, a TikToker posted a video of a herd of rats flooding the fast-food chain at 409 8th St. SE, in D.C.’s Eastern Market. Since the video took flight on social media, the health department has since shut the facility down on Thursday citing “health code violations.”

Clearly from the video, the situation is more than merely a health code violation and looks more like public health crisis especially since customers have already been eating their tasty chicken sandwiches, smothered in Hottie Sauce, while disease-carrying rodents scurry about.

TikTok user blaqazzrick01 put everyone on to the shocking turn of events when he shared his video, explaining that he delivers raw chicken to the facility. As the curious courier opened the doors to the closed restaurant, and then hit the switch on the lights, rats as big as cats skedaddled around the kitchen. Several agile rodents even defied gravity and scurried up a wall.

“This is Popeyes,” the man says.

“You still love that chicken from Popeyes?” he says in a reference to the company’s catchy jingle.

The video itself is enough to make anyone feel nauseated.

According to WTOP News, there has been more than eight complaints lodged against Popeyes restaurants in the Washington D.C. area this year.

Popeyes Louisiana Kitchen has been causing pandemonium since it debuted its chicken sandwiches in 2019 triggering chicken shortages, long lines, and a lawsuit from a customer who couldn’t get his hands on one. One man even went as far as to pull a gun out on Popeyes employees in Houston, Texas, after he found out that the restaurant had run out of the sandwich, reported KTRK-TV.

The new Popeyes business owner also has a new sauce, Megan Thee Stallion Hottie Sauce, to go along with a limited-edition collection of co-branded merchandise.

Popeyes has yet to respond to the video of the rat-riddled restaurant.