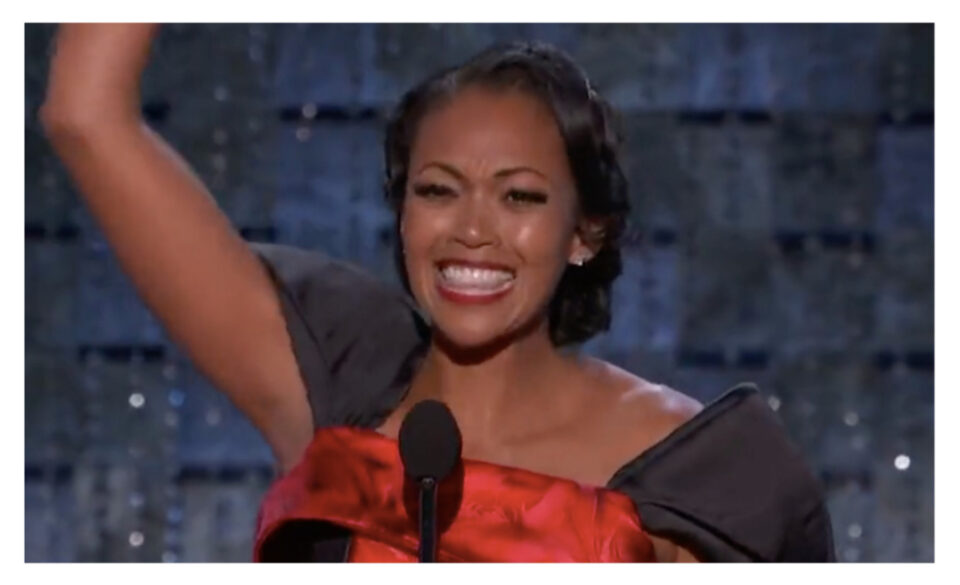 Mishael Morgan becomes the first Black woman to win for Best Actress at the Daytime Emmys on June 24, 2022 in Pasadena, Calif.

Mishael Morgan from The Young and the Restless has become the first Black woman to win a Daytime Emmy Award for Best Actress. The 35-year-old actress won the coveted award for Outstanding Lead Performance on June 24.

Morgan plays Amanda Sinclair on The Young and the Restless and received a standing ovation for her historic win. The actress spoke of her upbringing in Trinidad and of breaking glass ceilings during her acceptance speech.

“I was born on a tiny island in the Caribbean,” she said. “And I’m now standing on an international stage and I am being honored regardless of the color of my skin, regardless of my passport, for being the best at what I do.”

She went on to thank her fans for their support when she first began working on the soap opera. “Now there are little girls around the world and no matter what the industry, the vocation, they can strive to be the best. I need to thank the fans and everybody sitting at home. They embraced me when I came on this show and I am so immensely proud of our generation,” she said.

“We are breaking glass ceilings left right and center and I am so honored to be a vessel and to experience this moment. Everybody out there today, we can do this thing called equality and unity together.”

The Twitter account for The Young and the Restless shared Morgan’s acceptance speech with a caption congratulating the actress.

The historic event was bittersweet as Morgan’s brother-in-law, Nazir Ali and his wife, Raven O’Dea, along with their three children passed away in a house fire in Brampton Ontario, Canada in March. Morgan is married to Navid Ali and the couple has two children.