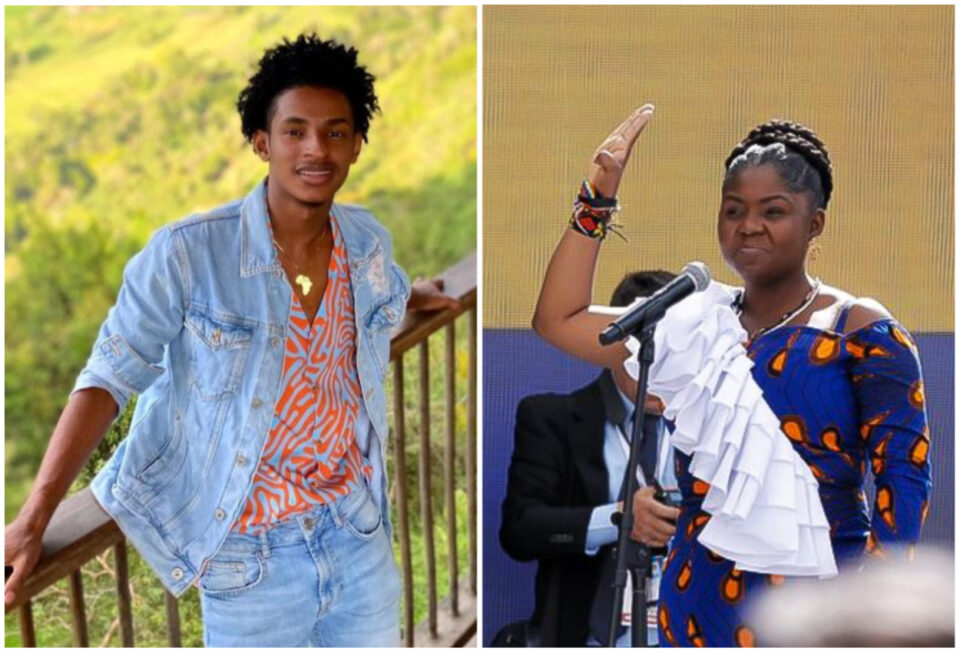 Screensshot via Instagram/@sinisterra.paz_16 U.S. Embassy in Colombia via Wiki Commons

This Black designer is responsible for creating fashion pieces that the public cannot help but notice.

From the impoverished Pacific region of Colombia, Esteban Sinisterra is the young Black fashion designer behind the colorful patterned dresses Vice-President Francia Marquez has been wearing. Marquez is Colombia’s first Black VP and Sinisterra’s pieces, which he labels as “resistance” fashion, have gained international attention.

“Each and every one of Francia’s outfits evokes that,” Sinisterra said, regarding his Colombian roots. “It is being able to show that this is who we are…so for me fashion, my fashion, is resistance.”

According to Reuters, the designer’s childhood roots go back to the town of Santa Bárbara Iscuandé, in Nariño. Very few opportunities and resources are accessible for young people to avoid the ongoing internal conflicts of the country.

“In one way or another her history and my history are similar, so I think there was a very lovely spark there,” the 23-year-old fashion designer said.

Sinisterra recognizes the commonalities with the 40-year-old Afro-Colombian VP, as he learned of her similar childhood growing up in Suárez, a town and municipality in the Cauca province. Prior to her role as VP of Colombia, the single mother was a housekeeper. The environmental activist pledged to improve women’s rights and help the poor access health and education upon her victory in the election.

“First we accept and recognize that we have roots that connect us – which is Africa – but taking into account those roots we also express the territory where we’re from, the Colombian Pacific,” said Sinisterra, who learned his craft from his aunt and grandmother.

Sinisterra presently lives in the city of Cali and studies social work along with his career as a fashion designer, according to a statement by Reuters.

Marquez is reportedly slated to lead a new equality ministry if the government can win congressional approval for its creation.